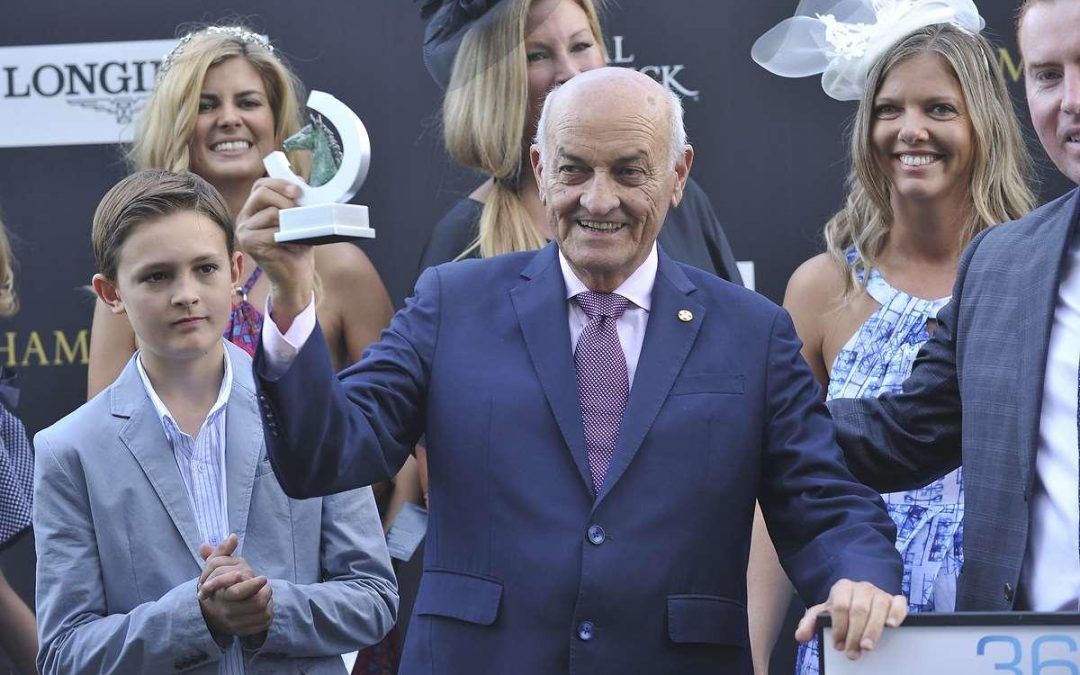 We caught up with one of the thoroughbred industry’s biggest players Sir Owen Glenn, at the opening of his impressive Hawkesbury-based pre-training and breaking in facility, Glenn Haven Horse Farm.

With a straight-talking reputation, Sir Owen, who was born in India, raised in Auckland, educated at Harvard Business School before hitting the jackpot with his company Vanguard Logistics Services, has raced star horses such as Railings, Second Coming, Monaco Consul, and Criterion, along with owning various shares in stallions including Russian Revolution. Here, he opens up about his passion for thoroughbred racing and breeding, and his most important work yet – philanthropy.

When did your passion for thoroughbred racing start?When I was 60 (1999). I raced horses in a syndicate with friends, the first of which was Second Coming who ran third in the Melbourne Cup the year Brew won it. It was a great experience, so I thought, why not go out and do this on a bigger scale. My stock now is worth $80 million.

I believe you own and/or partly own over 120 horses in total, who makes up your racing team to help manage this portfolio?Yes, that number would be about right including the mares, stallions and racing stock. Geoff Roan is my racing manager and Paul Moroney is my bloodstock agent.

Most memorable racing moment?The Queen Elizabeth [2015] when Criterion came bowling through the pack. He really showed what a special racehorse horse he was. The only problem was I couldn’t drink at the time because of my health.

Best piece of business advice?Be honest. My father was honest in his dealings.

Greatest racehorse you haven’t seen?Pharlap. His heart was twice as big as a normal thoroughbred. And the Aussie’s still try and claim him!

What improvements would you make to the Australian thoroughbred industry?Try and make racing more of a family-friendly day out, and work harder on creating a family atmosphere. Racing in general needs to identify itself much more clearly with philanthropy, and charitable causes…They do a lot already, but don’t tell anyone about it.

How special is your Group 2 Percy Stakes winning filly, Pure Elation?I think she’s the best 2YO filly in Australia. And she’ll make a wonderful broodmare. We paid $320,000 for her and she’s already made over $550,000. If she reaches her full potential and has foals, everyone will win.

You’ve been a big supporter of talented New Zealand jockey Michael Walker over the years, who at times has faced some difficult challenges.He did a couple of things wrong but I wanted to give him a second chance and support him. Michael’s an excellent jockey and it’s good to see him succeeding. Everyone deserves a second a chance.

Sir Owen, not only are you well known as a majorly successful businessman but also for your philanthropic work, tell us more about your charitable organisation, Glenn Family Foundation.I’ve always given things to people so I thought why not formalise it, but the creation of the Glenn Family Foundation back in the 1980’s is also a tribute to my father.

We do a lot of giving all over the world. We rescue children who have been sold into domestic slavery or prostitution, feed the needy, build hospitals, hostels-ophanages, mental institutions, schools, we set up programs to help volunteers work in remote villages, we bring solar energy, introduce water purification programs, repair homes, and agriculture improvements. We’ve built a major aquatic centre in Albany,New Zealand, and a business school in Auckland. The list is extensive!

The President of my foundation Lauren Pittman, believes we are changing the way in which philanthropy is being done.