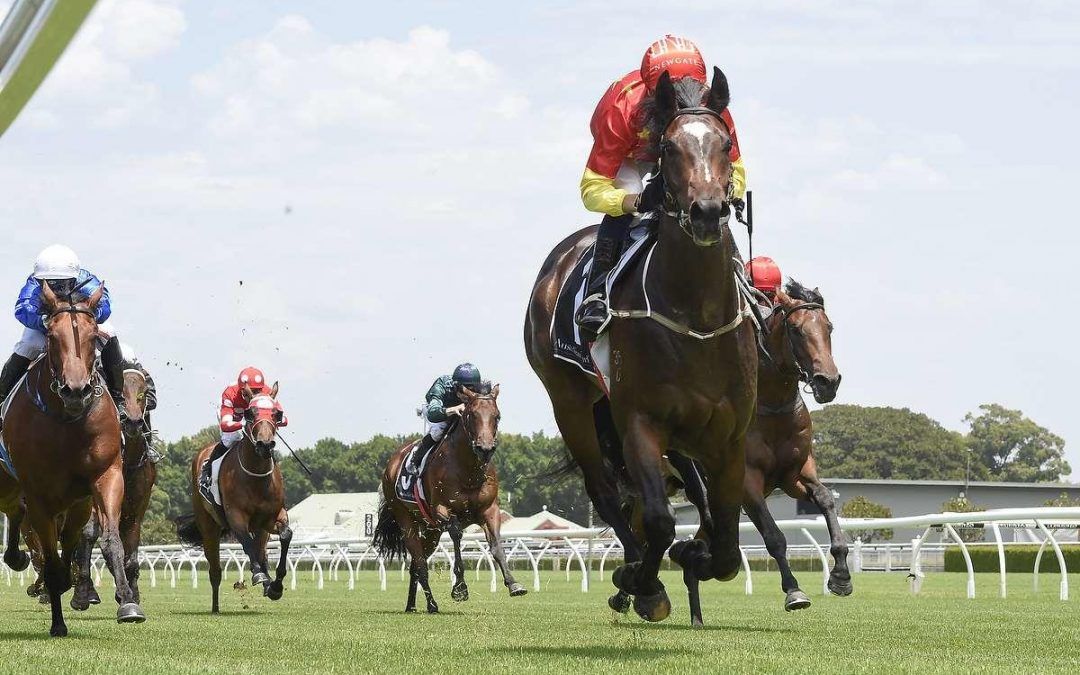 Connections will have a short wait to see if their Written Tycoon gelding Hightail heads to the Gold Coast for the Magic Millions 2YO Classic (1200m) next Saturday after he won the $125,000, Events By ATC Handicap (1150m) at Randwick-Kensington today.

Trainers Peter and Paul Snowden will decide on Sunday if Hightail heads north to join stablemate Rome, hopefully for the latter, in the juvenile sprint.

Hightail’s experience showed through in Saturday’s win as he put the field away in a stylish manner by 2 1/4L. This was his third start and Hugh Bowman allowed Hightail to settle fourth as Underwood and Adam Hyeronimus went away to a lead that was too quick and would eventually fold. In the main straight Bowman set Hightail away and at the 200m they were leading with the gelding lengthening nicely as they went away to the line.

Avon River (Fastnet Rock) and Brenton Avdulla came through for second after a slow start just holding out Twentyfour Carat (I Am Invincible) and Tommy Berry, the margin a half-head.

“We needed a bit more money on his side and he has done that today. He is in good order, he was a little bit fresh in the early stages but we have not had to do a lot with him this week and I dare say we will not do too much with him this week. I think it is anyone’s race,” said Paul Snowden.

“He is just an ultra-professional. I said a month ago that the hardest part is getting a run, let alone trying to win it.

“A lot of horses might not make the field that probably should because they fall short with money. Hopefully there might be a little bit of attrition and Rome might sneak in late, he is just on the cusp at the moment and it would be good if we could have two chances,” he said.

“It is a very open race this year and this horse will acquit himself well,” said Bowman.