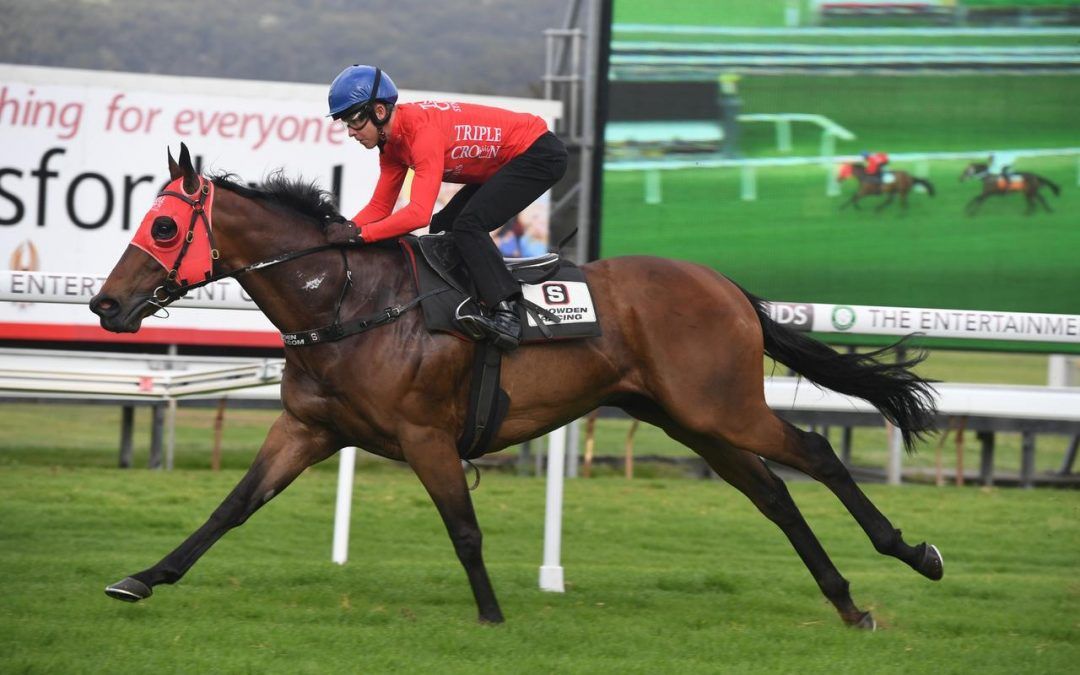 Dual TAB Everest champion Redzel proved to jockey Kerrin McEvoy he’s on track to give the threepeat his best shot with a rousing trial win at Gosford on Tuesday.

With the blinkers on, the seven-year-old accounted for fellow TAB Everest contender In Her Time in the 1000m heat with Bobbing, who will contest The Kosciuszko, running into third.

McEvoy said everything about the trial points to Redzel being in perfect shape with a week and a half until the $14m TAB Everest (1200m) at Royal Randwick.

“He was nice and sharp out and that was just the amount of work Peter and Paul (Snowden) wanted to do with him.’’

Despite having two TAB Everests in the bag, over $15 million in prizemoney in the bank, plus a couple of Group 1s it seems Redzel will continue to be the Everest underdog.

In 2017 he had an unbeaten spring yet still started $8.50 in the inaugural TAB Everest then last year a hiccup in the Premiere Stakes saw him start the same price with the same result.

While the gelding showed he was back with a first-up Concorde Stakes win he was run down by Pierata in The Shorts (1100m) on September 21 and sits on the fourth line of betting at $7.

“Obviously he is a year older, Peter and Paul are managing him a bit differently this year and as we’ve seen it’s been a case of a different sprinter winning each week,’’ McEvoy said.

“It’s barrier draws, conditions on the day and how the race unfolds that will determine the result.’’

McEvoy says he doesn’t like to get ahead of himself when it comes to any big races so is trying not to think too much about whether Redzel can again be the first to make it up Everest.

All he knows at this point is the campaign has gone off without a hitch and the horse is going as good as ever.

“It feels out of my reach but who would have thought we’d win two,’’ he said.

“We’re going to go out there and see what comes of it. It would be a fantastic achievement by everyone involved with the horse if we come up trumps and win another one.’’