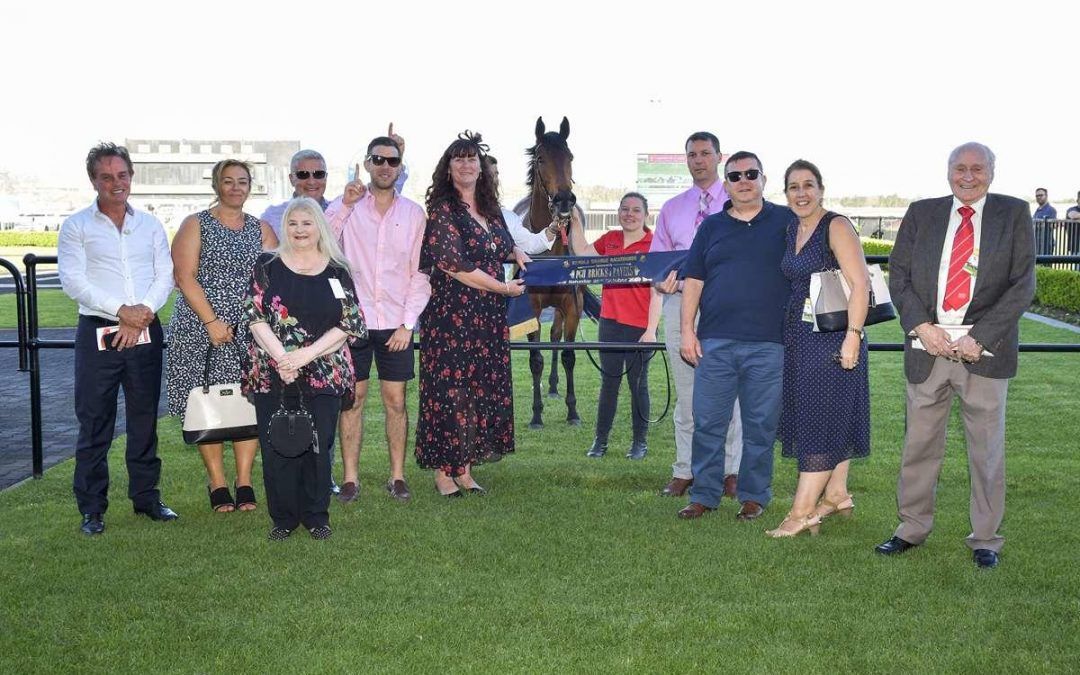 There was plenty of cause for celebration at the weekend as the Triple Crown team secured a double at Kembla Grange with a promising pair of three-year-olds.

Making his first start for over a year, SEDONA confirmed the promise of his debut fourth at Randwick last October with a taking victory in the Colts & Geldings Maiden Plate over 1200m, where he undoubtedly benefited from an astute Cejay Graham ride.

After breaking well and disputing the lead in the early stages, Cejay made the decision to withdraw Sedona from the speed battle and allowed him to settle into a rhythm in midfield. Faced with a wall of horses turning for home, Cejay angled Sedona to the outside and he duly showed an impressive turn of foot, staying on strongly in the closing stages to score cozily by half a length.

It was an impressive performance, especially in light of a lengthy absence, and it was great to see him reward the patience displayed by Peter & Paul Snowden and his fantastic group of owners.

Cejay was once again seen to good effect in the following contest, the Fillies & Mares equivalent, when partnering Sedona’s stablemate MILITARY MAGIC to an impressive debut victory.

Handed an awkward barrier in 8, Military Magic broke alertly and showed good gate speed to cross over and secure a position on the heels of the leaders. Granted a lovely split turning for home, the daughter of Epaulette quickened to the front in good style and showed a determined attitude to repel all challengers and score by a neck.

It was the perfect start to her burgeoning career and it was equally great to see so many of her owners there to welcome her back into the winner’s circle. Below is a video of of Military Magic’s first day at the races. Well done to Cejay and all the team at Paul & Peter Snowden’s for recording a memorable double, while congratulations are also in order for all connected with both of these exciting three-year-olds.

There was also cause for optimism over at Randwick, where Triple Crown’s Reelem In Ruby and Moss Trip put in superb performances in the Group 3 Nivison over 1200 metres.

Having her first start in stakes company, the ultra-progressive REELEM IN RUBY went down all guns blazing to finish second, beaten only a head by the talented Madam Rouge, who had previously been placed at Group 2 level.

That performance enhanced Reelem In Ruby’s incredible race record, ensuring that she is yet to finish out of the first three in nine career starts. It also insured valuable black-type, which is a great outcome given that she is a daughter of a hugely commercial sire in Pierro.

The race also marked a return to form for MOSS TRIP, who ran with great credit to finish fourth after struggling for daylight at a crucial stage.

She stuck to her task well in the closing stages and was beaten only 1.3L, which was fantastic to see after an unpleasant experience in Melbourne on her first outing this prep.