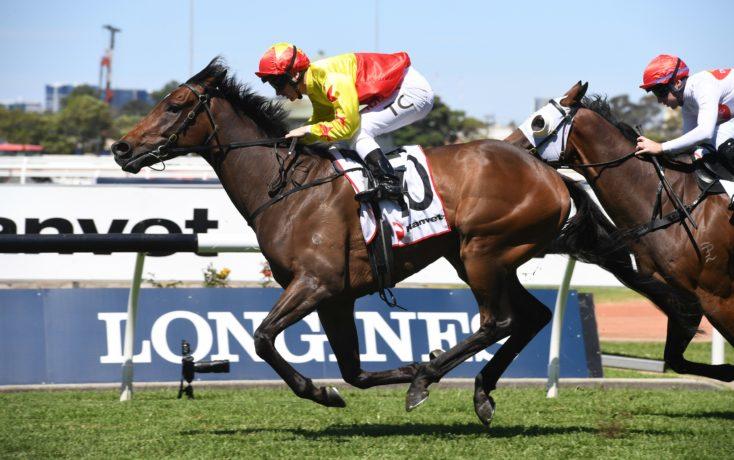 Peter & Paul Snowden will consider raising the bar for California Longbow after the progressive stayer landed his fourth career win in the Ranvet Handicap at Rosehill.

Rachel King ensured Saturday’s 1800-metre race was a true test when she took Foreign Territory to the front from a wide gate and set a solid tempo.

Tim Clark aboard California Longbow ($7) was content to bide his time midfield before surging to the front and holding Falcon Island ($6.50) at bay by a length, just ahead of Mangione ($6.50).

“Great ride. We were a bit concerned about where we drew and where we’d fit in,” co-trainer Peter Snowden said.

“As it panned out it was a perfect ride, he got back three pairs, one off on the fence.

“He’s still got a bit of freshness in his legs and it was evident there today, when you see him at 2000 metres he’s going to get better again.”

Snowden has earmarked a race at the stand-alone Saturday meeting at Kembla Grange in two weeks as the next goal for California Longbow.

If he continues to progress, he could find himself in stakes grade.

“There’s a benchmark 2000-metre race for him at The Gong meeting in a fortnight so we’ll go there and then maybe progress towards a Christmas Cup, something like that,” Snowden said.

“He’s a nice progressive horse who can stick on.”