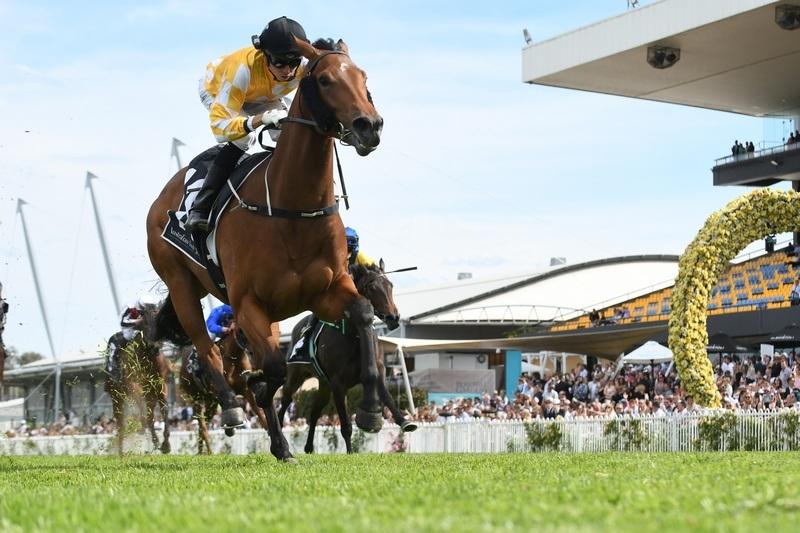 Dame Giselle has all but assured her spot in the G1 Longines Golden Slipper having won the $1m Golden Gift (1100m) at Rosehill Gardens last Saturday.

Winning co-trainer Peter Snowden applied the winkers to the I Am Invincible filly and she exploded late, having box-seated in the run, turning the tables on See You Soon from the Kirkham Plate a fortnight ago.

“She did a great job, you can’t beat race experience and that’s what she lacked the other day. I thought she would improve off that,” said Snowden. 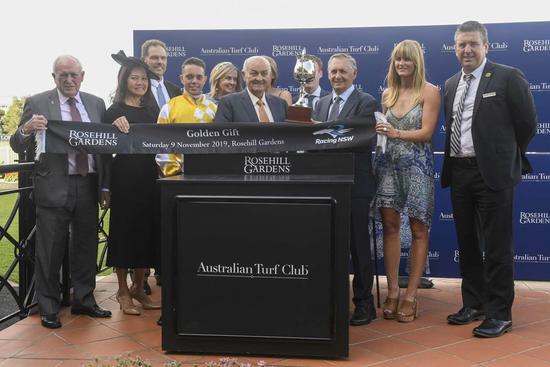 “We’ve always liked her from day one. From the very first time she showed something and always had that good demeanour which I love about a two-year-old. She was athletic and a great mover, the staff picked her out and the riders picked her out, she gave us a good feel early and I thought she was stiff not to win first-up so it’s good to get this result. She can have a well-earned rest now, poke her way back and only run in the races we need to. She might only need one run leading into the Slipper, we’ll let the dust settle and that decision will be made later on.”

Victorious jockey Andrew Adkins, who recently spent a large period of time on the sidelines, said it was wins like this that makes it all worthwhile.

“The last 10 months has been pretty torturous,” Adkins said, “The fall set me back a long way. It was a lot of preparation to get me back to the races and to be able to receive rides like this I have had to work pretty hard. I do a lot of work for Peter and Paul and for them to be able to return the favour and give me a ride in a million dollar race, and to get the job done, I am very thrilled and very chuffed.”

“She put the writing on the wall last start, narrowly getting beaten, and she put up a great effort doing that. Coming here today I was full of confidence. When I pulled her up it was like she hadn’t even been around. To have a two-year-old that fit, that ready to go, and that on the ball.”