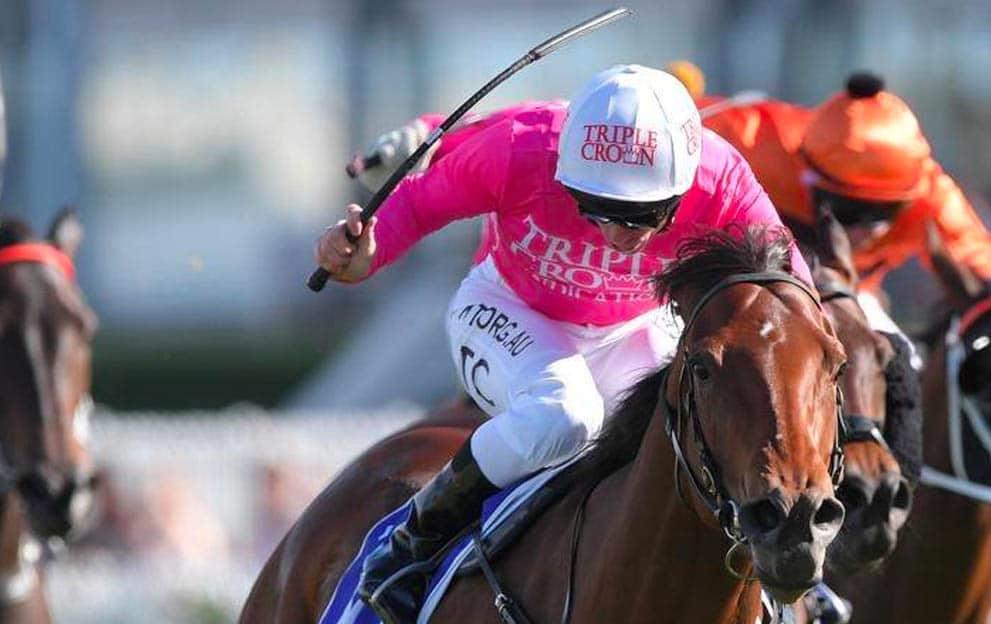 Reelem In Ruby was rewarded for her remarkable consistency with an impressive win from Moss Trip in the $500,000 Hot Danish Stakes (1400m).

Just 45 minutes earlier, the Snowden stable prepared the first and third placegetters, Dame Giselle and Blaze A Trail in the $1 million Golden Gift.

“A great result for the stable, I’m very proud of all our horses today,’’ Peter Snowden said. “I’m especially pleased for the owners of Reelem In Ruby, they have been very patient and this is a deserving win. I always thought 1400m would suit ‘Ruby’ and she was very dominant. She beat some very smart mares and beat them well so it’s a credit to her.’’

Reelem In Ruby ($3.80 favourite) was well ridden by Tim Clark and raced clear to score by one-and-a-quarter lengths from Moss Trip ($26) with El Dorado Dreaming ($10) finishing fast for third, a long head further back.

“She’s a gutsy mare and really gives her all,’’ Clark said of Reelem In Ruby.

“I thought I probably held on to her a fraction long the other day so I made sure I was there to make a move early and she was able to sustain a run right through the line. It was nice to win the race named in Hot Danish’s honour because she did so much for my career.’’ Snowden said Reelem In Ruby proved she is worthy of being set for higher honours and has a long-range plan to try and win the Group 1 Coolmore Classic (1500m) at Rosehill next March.

”I wouldn’t say her sprint is devastating but it keeps building,’’ Snowden said. “She can really sustain that acceleration.

“She is shaping as a mare we can set for the Coolmore Classic. I might give her one more run in the Festival Stakes but I’m mindful of giving her a break before autumn.

“I was really happy with Moss Trip, that was her best run for quite a while. Now she is back in form we will keep her going.’’ 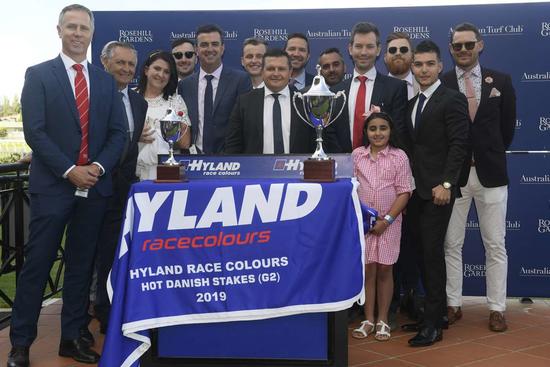 The riders of Reelem In Ruby and Moss Trip (Andrew Adkins) wore Triple Crown’s special pink silks, which syndicators Michael and Chris Ward are using on their horses through November to raise money for the McGrath Foundation. This was their first win since announcing the fundraising initiative.

“It is fantastic to be able to do something for the McGrath Foundation,’’ Michael Ward said.

“They are doing great work for breast cancer nurses. One in seven women get breast cancer so anything we can do to support the nurses and these women the better.’’

Reelem In Ruby scored her fourth win (plus six placings) from 10 starts and took her career earnings to over $530,000.

“For both mares to produce excellent performances like that and to make so many people (owners) happy is a dream come true. It’s a huge result not just from the prize-money today but also from a breeding perspective down the track as there is great residual value for both mares.’’