Sancy scores on debut enroute to the Magic Millions 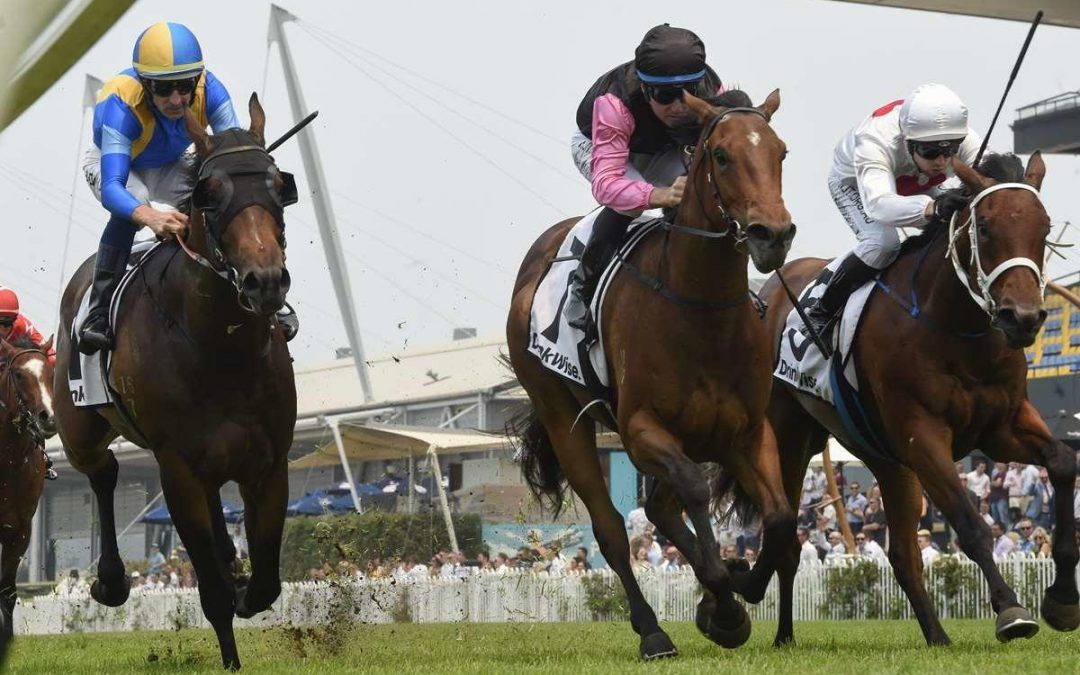 Heavily-backed juvenile debutante Sancy (by I Am Invincible) made the perfect start to her exciting racing career when landing the $125,000 Drinkwise Plate (1100m) at Rosehill Gardens in Sydney on Saturday.

One of six very well-bred 2-year-olds taking their place in a field which shaped as a live Magic Millions 2YO Classic preliminary, the Peter and Paul Snowden trained filly came out best in a three-way tussle which witnessed Centimental (by Snitzel) turn in an equally promising effort at her first race start to finish second, and the short-priced favourite Hinchbeast (by Hinchinbrook) finishing a close-up third.

Proving a cut above their opposition, the naturally gifted trio finished over four lengths clear of their three rivals.

A big market firmer ($2.90 from $3.70) for the event, Sancy was ridden off the pace in the early stages of a race which saw expected leader Hinchbeast also take a sit on Mrs Maisel — a runner-up at her only previous outing.

Given his head soon after turning for home, the previously unbeaten Hinchbeast only looked the likely winner for a split second in the straight before the strapping colt was quickly put to the sword by Sancy when delivering her finishing burst.

After assuming control of the contest with 250m to negotiate, Sancy first held off the late challenge of Centimental, and then a resurgent Hinchbeast in a three-way battle over the closing stages.

Sancy ultimately prevailed by a half-neck, with a further nose separating second and third.

In what appeared to be a significant trial for the Magic Millions 2YO Classic in early January, the performances of the winner and minor placegetter suggested that they should justifiably take their place in the valuable sales contest. The runner-up Centimental is ineligible.

Bred and raced by Canning Downs Stud of south-east Queensland, Sancy is the first living foal of Thiamandi (by Street Boss), a six-time winner including the Group 3 MRC Bletchingly Stakes. Offered for sale on the Gold Coast last January by her breeder, she failed to realise her reserve of $200,000.

Though narrowly defeated on this occasion, the runner-up Centimental arguably turned in the best run of the race. Close to last of six on settling, the daughter of Snitzel found the line in outstanding fashion and was only just shaded on the line.

Hinchbeast, too, was doing his best work at the finish after being outpaced halfway down the straight and should be another better suited by a genuinely run 1200-metre assignment.