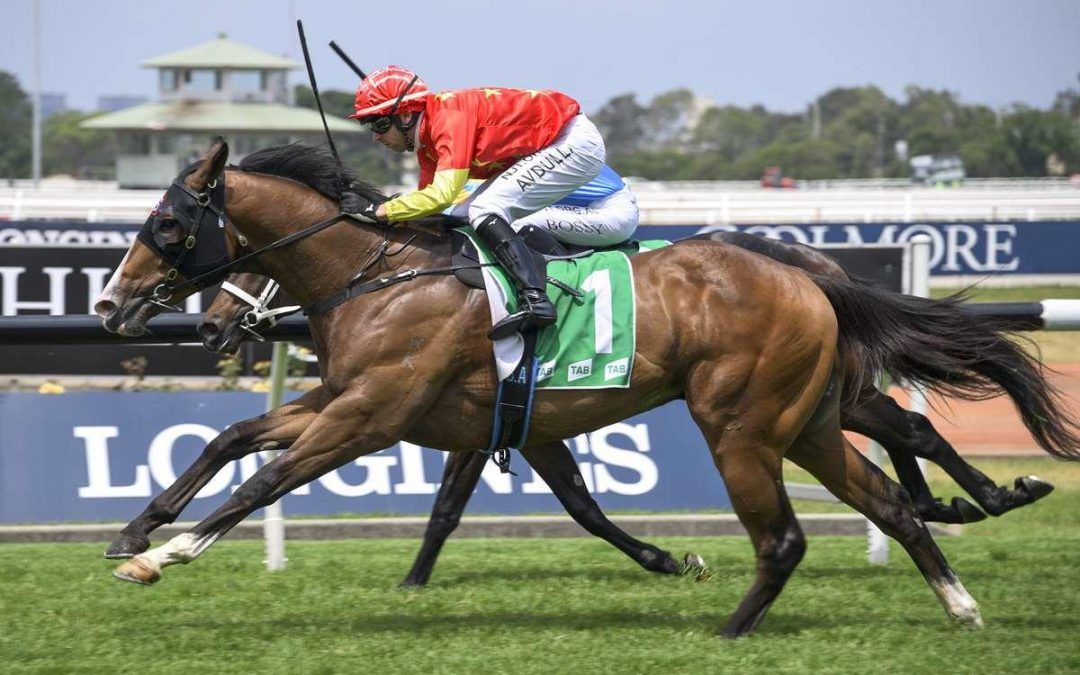 Aim (Star Witness) could be set to add more depth to Peter and Paul Snowden’s Magic Millions 2YO Classic hand after a fast-finishing win at Rosehill.

The Snowden colt never looked a serious winning chance until he got into the clear at the 50-metre mark and he surged late to upset the favourite Blondeau (I Am Invincible), who looked home to the world only to be run over in the final few strides. The winner’s stablemate, the $1.4 million colt King’s Legacy (Redoute’s Choice), finished third.

Paul Snowden was understandably delighted with how Aim was able to deliver over 1200 metres at his first start.

“I was watching both of mine and they had a little bit to offer but just had limited room and opportunity,” Paul Snowden said. “Aim got the wood on the other horse, getting the vital run at the vital stage. He is a strong, big boy and obviously we rode him to get the 1200 metres but that’s his demeanour. He has got a relaxed attitude and he takes everything in his stride. He is probably one that gives the riders a good feel at home and gives them that opportunity in a race to settle and relax. He hit top gear.”

Aim was a $200,000 buy for China Horse Club/Newgate Bloodstock at the 2019 Magic Millions Sale on the Gold Coast and will likely be heading back there in January on the strength of his first-up win.

He is the first foal to the track out of the imported mare Vintage Strike (USA) (Smart Strike {USA}), whose own dam Bollinger (Dehere {USA}) won the G1 Coolmore Classic and has produced Group 2 winners in two countries in Friesan Fire (USA) (A.P. Indy {USA}) and Villermont (All Too Hard). This colt’s third dam is the G1 Golden Slipper S. winner Bint Marscay (Marscay).