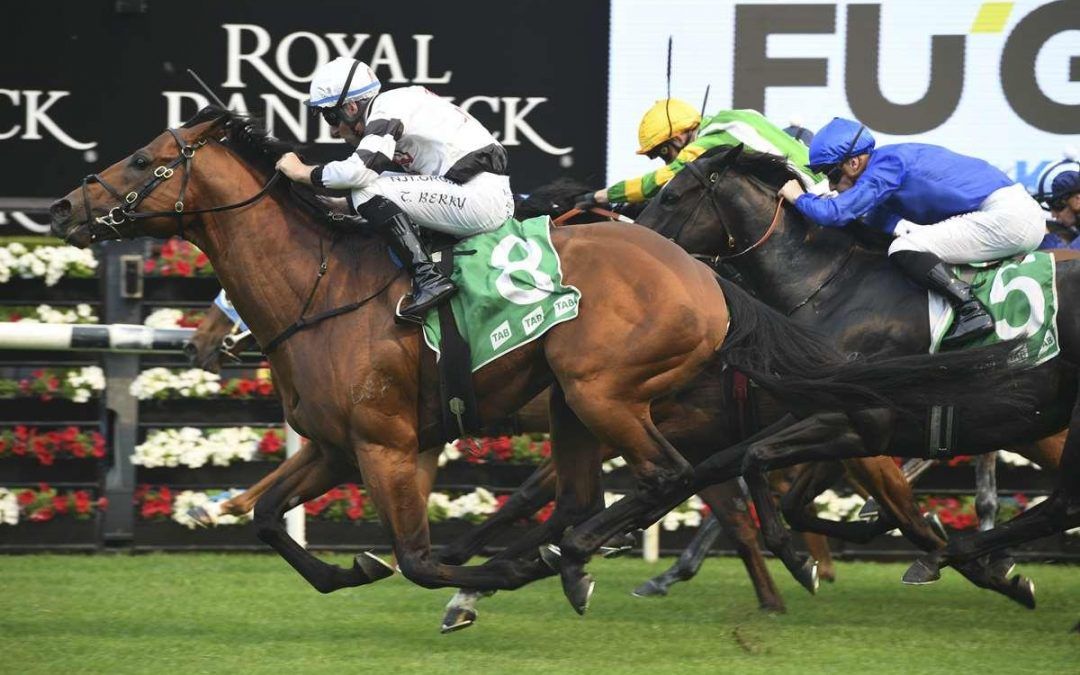 A Grade II winner at Saratoga and Grade 1 placed at Belmont, the imported Touch Gold mare Sharp Susan (USA) has certainly left her mark in her five seasons in Australia.

She first hit the headlines at the 2012 Inglis Australian Easter Broodmare Sale when she was knocked down to Badger’s Bloodstock on behalf of Gaynor Rupert’s Drakenstein Stud for $1,050,000 having originally been purchased in the US in 2008 by Tyreel Stud for US$2 million.Signore Fox from the clous images Steve Hart

Before her trip to Australia Sharp Susan foaled the AP Indy colt Indiano Jones who was a multiple Group placed winner of seven races in Canada.

After a rocky start to her career south of the equator with her Street Cry (IRE) colt dying after birth, Sharp Susan (USA) had the Bernadini (USA) filly, Biblical Susan, would become a winner in South Africa.

The followed the Exceed And Excel colt Signore Fox a $300,000 purchase by Snowden Racing out of the Coolmore Stud draft at the 2017 Inglis Australian Easter Yearling Sale.

He might not be in the class of his famous half-sister but what a wonderful money-spinner he has been for connections.What A win Tommy Berry brings Signore Fox backs to scale

The winner of the Listed Daybreak Lover Stakes at Doomben in June, Signore Fox was sent out favourite for Saturday’s Listed Razor Sharp Stakes at Randwick but his hopes looked forlorn when he had just one of the 11 starters behind him with just 200 metres left to run.

The son of Exceed And Excel sprouted wins to edge the outsider Oriental Runner by a short-half-head with Glenall a short-neck back in third.

“They rolled along for the first furlong and a half but then really backed it off down the side and a lot of them got jammed up and pulling. I was able to get out at the right time and he’s only got a 300 metre sprint anyway so it worked out well. He can definitely go on to better things than today.”

Co-trainer Paul Snowden said not much has gone right for Signore Fox this preparation.

“He got balloted out of The Hunter, he got a temp the day before the Golden Eagle. Things haven’t been going to plan. I think he’s definitely got a nice race in him and he can definitely measure up to Group class.”

With his second stakes win the 4yo son of Exceed And Excel advances his record to 7 wins and 2 seconds from 20 starts with earnings of $407,535.

Sharp Susan was exported to Ireland in November 2016. She has a Galileo yearling filly and a Frankel weanling colt.