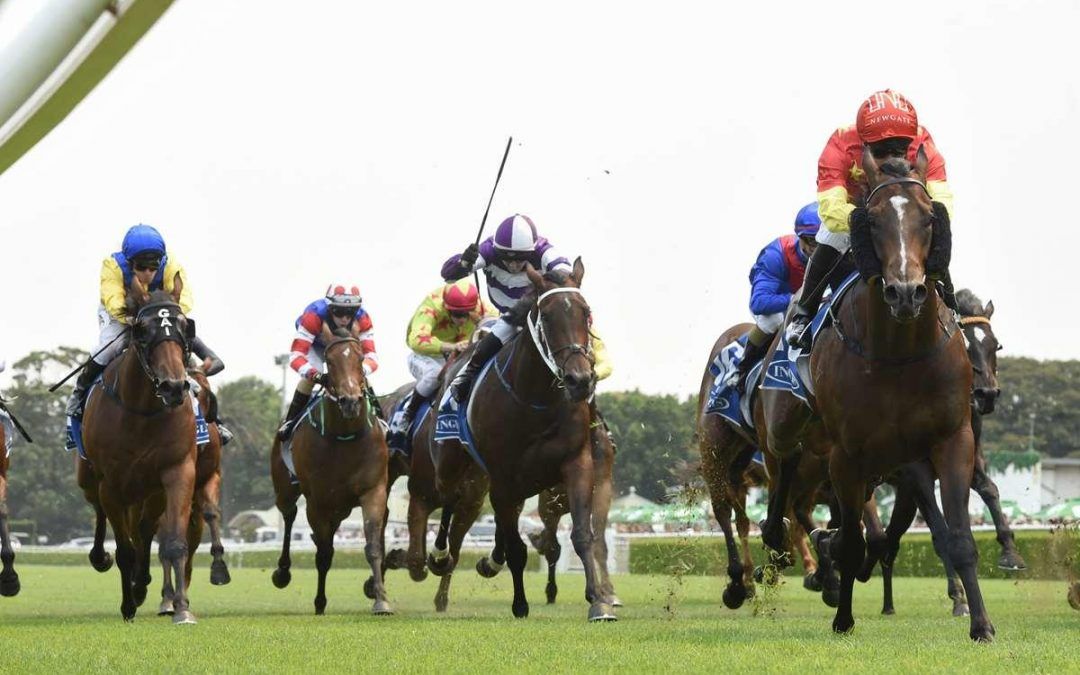 A sparkling debut victory in Saturday’s $500,000 Inglis Nursery at Randwick has put Wild Ruler (Snitzel) on the road towards the G1 Blue Diamond and Golden Slipper.

A beautifully bred son of a mare who performed at Grade 1 level at Saratoga, Wild Ruler was a $525,000 purchase at the Inglis Easter Yearling Sale by big players the China Horse Club, Newgate Bloodstock and WinStar.

He showed all the right signs with comfortable wins in both of his trial appearances, and on Saturday he delivered brilliantly on debut.

Jockey Kerrin McEvoy settled Wild Ruler in fourth or fifth position along the rail, then got him out into clear air rounding the home turn.

Wild Ruler ambled up alongside the leading pair of Already Blessed (Better Than Ready) and Dubai Star (Pride Of Dubai), then accelerated and went clear.

Encountabull (Bull Point) produced a strong finish down the straight to narrow the margin to within 1l, but Wild Ruler never looked in any danger of defeat.

“It was a quality win, he’s got a nice way about him.” McEvoy said.

“He’s got speed but was out-sped early. We took a sit and I liked the way he picked up when I wanted to go. He’s done it there in what I’d say is not a bad 2-year-old race.”

The win was part of a satisfying day for trainers Peter and Paul Snowden, who also won the Listed Fugen Construction Razor Sharp H. with Signore Fox (Exceed And Excel), while the 2-year-old colt Bartley (Written Tycoon) scored an impressive debut win by 3.5l at Kembla Grange.

“The Kembla winner is as good as this bloke,” Paul Snowden said.

“But he (Wild Ruler) did so much wrong today but still managed to win quite comfortably. He has got a bit of substance to him.

“He will be on a Blue Diamond-Golden Slipper preparation. He is a pretty good horse, he is still learning.

“He’s got height and length, and there is a bit to work with there, so it’s important to get these runs on the board early.”

Gypsy Robin missed to Not A Single Doubt in 2018, but produced a filly by American Pharoah (USA) this spring.