Anaheed on target for the G1 Oakleigh Plate 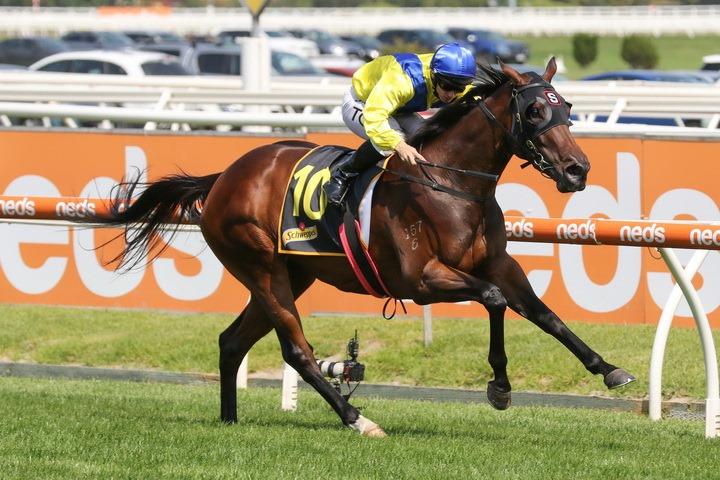 A better-than-expected win by Anaheed in the Rubiton Stakes has co-trainer Peter Snowden optimistic about the filly’s chances in the Group One Oakleigh Plate.

Anaheed resumed from a spell with a 1-1/4-length win in quick time in the Group Two Rubiton Stakes (1100m) against older horses at Caulfield on February 8, confirming plans for Saturday’s Oakleigh Plate over the same course and distance.

Saturday’s $500,000 Oakleigh Plate has attracted 22 nominations with a field limit of 18 plus emergencies.

Anaheed has 51kg with nine-year-old Ball Of Muscle, who won a barrier trial at Randwick on Monday, heading the weights with 58kg.

She is one of four three-year-olds nominated, the others being colts Bivouac, Free Of Debt and I Am Immortal.

Miss Kournikova in 2001 is the most recent three-year-old filly to win the Oakleigh Plate.

Anaheed has notched four Group race wins but is yet to win at Group One level with her closest finish a third in the Manikato Stakes last spring.

“When we got her in and looked at what options were available I said that this is probably a race that’s definitely winnable, if her form warranted it and she came back and raced well first-up,” Snowden said.

“Well, she raced past our expectations first-up with the time she ran so we can go into this race now with a bit of confidence that she’s going to be competitive.”

Snowden said Anaheed had done well since the Rubiton.

“As I said the other day I was surprised she won as well as she did because there’s definitely improvement in her,” he said.

“She certainly wasn’t wound up.

“She had done enough work to run well but with this race coming up I’d like to think there’s a bit more to come from her.

“That race will be run perfectly for her too. It will be a good fast-run race, it always is, and she’ll have no weight on her back.”

Tim Clark has ridden Anaheed in four of her five wins and is booked to ride again.

“She goes well for Tim so hopefully we’re in amongst it somewhere,” Snowden said.

Anaheed has two wins from her three starts at Caulfield.