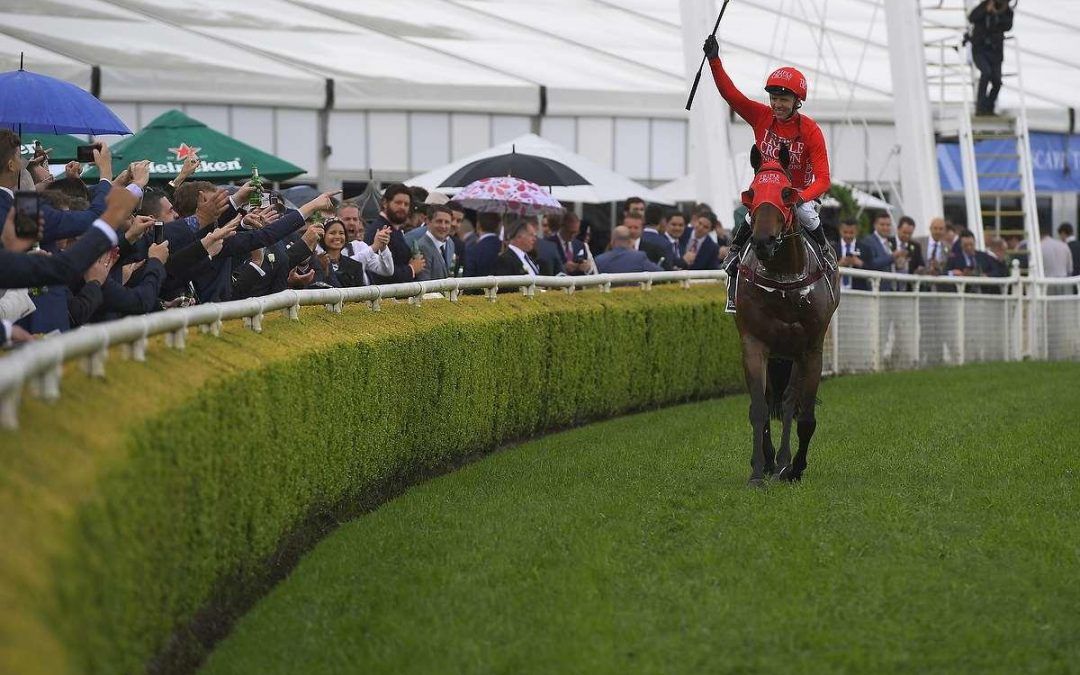 There will only be one real surprise when the TJ Smith field rockets from the barriers on Saturday. Dual Everest winner Redzel will be in the firing line again, but the shock is he will be considered an outsider.

There will be plenty of familiarity as Australia’s best sprinters meet; even with the golden generation of three-year-olds joining the fray, there will a pattern to Saturday’s race.

Champion jockey Kerrin McEvoy is confident his partner in these races for the past three years can still match it with the best, even though the market is starting to lose faith in Redzel.

“You used to keep an eye on Nature Strip to see if he would come out, but he does that these days, so everyone knows where they are going to be,” McEvoy said.

“They have met so many times now that we all know what to expect and what we need to do to be successful. For Redzel, he looks like he will get the sort of track he likes and I think he is looking for the 1200m after a couple of good seconds at the 1000m. Even though he hasn’t won this time in he is going as well as ever and I think he can run a big race on Saturday.”

Redzel has been runner-up in the Lightning Stakes and the Challenge Stakes, where Nature Strip was supreme in a show of controlled speed. It might not be like that on Saturday with more pressure likely to come from Vegadaze and White Moss, which are newcomers to group 1 sprinting.

“I think we’ll get a good run [behind them],” McEvoy said. “Redzel was good late in the Challenge after we had some trouble getting clear at the top of the straight. He finished it off well. He is getting on [in years], but he feels good and he is going better now than 12 months ago.”

It will be Redzel’s third TJ Smith. He finished a weakening sixth behind Santa Ana Lane last year, but his 2020 form has mirrored that of two years ago when he was runner-up to Trapeze Artist.

He was runner-up in the Lightning Stakes and Challenge Stakes in 2018 and the market might be underestimating the grand old sprinter.

Bookies have Nature Strip as a $3.60 favourite with Bivouac, Santa Ana Lane, Loving Gaby and Pierata all under the $10 mark. Redzel is $18, which is a good price for three-time winner over the Randwick 1200m.