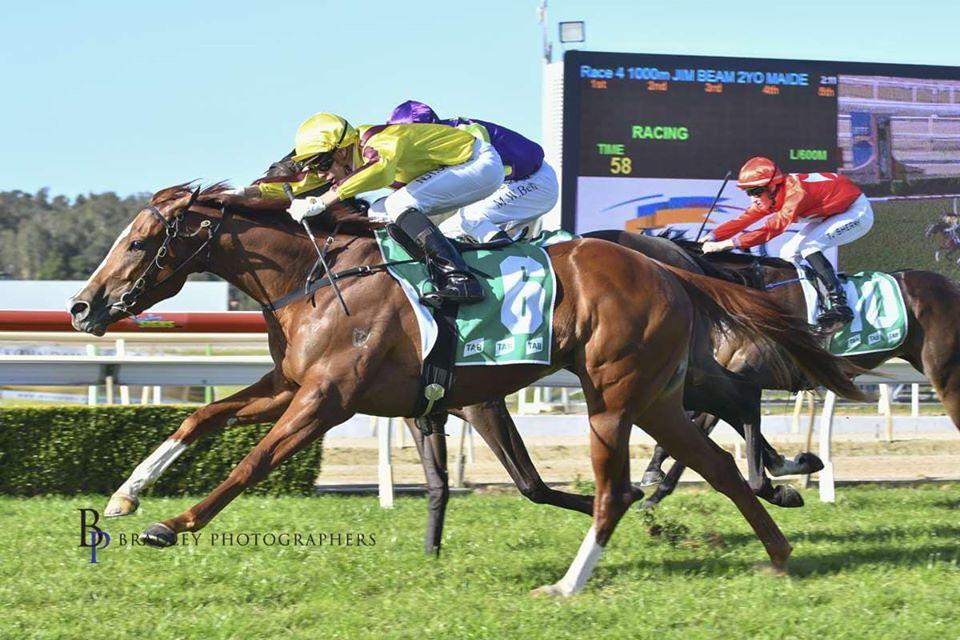 It may be a while before the very best is seen of Yangarra Rose (Zoustar), but she showed at Wyong on Tuesday that she possesses the raw talent to make the wait worthwhile.

The filly showed an appreciation of a step up in distance to 1200 metres in the Jim Beam 2YO H. to get the better of the Tracey Bartley-trained Barossa Rosa (Adelaide {Ire}) under jockey Andrew Gibbons.

The Peter and Paul Snowden-prepared Yangarra Rose settled in behind the speed and once into the clear in the straight finished tenaciously for the first victory of her brief career.

“Andrew got her into a great spot and she found her rhythm and relaxed well. Coming up the straight, Tracey’s horse started to veer out a little bit and our filly was a bit wary of going past it, but when Andrew got stuck in she really let down well,” stable representative Colum McCullagh said.

Yangarra Rose had made her debut at Newcastle earlier this month and did well to close off late for a close second over 900 metres.

“She’s by Zoustar and we’re of the opinion that she will be a better autumn 3-year-old. She still has to fill out quite a bit, but she has a good mentality so now we just need the physical to match up,” McCullagh said.

Yangarra Rose was bred and offered by Canning Downs Stud at the Magic Millions Gold Coast Yearling Sale and purchased by Stonestreet Stables for $460,000.

She is the first foal to race for Vibrant Rouge (Written Tycoon), a smart mare who won eight races including the G3 Vamos S. and she was also placed in the G2 Blazer S. and the G3 Hong Kong Jockey Club S. She is currently in foal to The Autumn Sun.