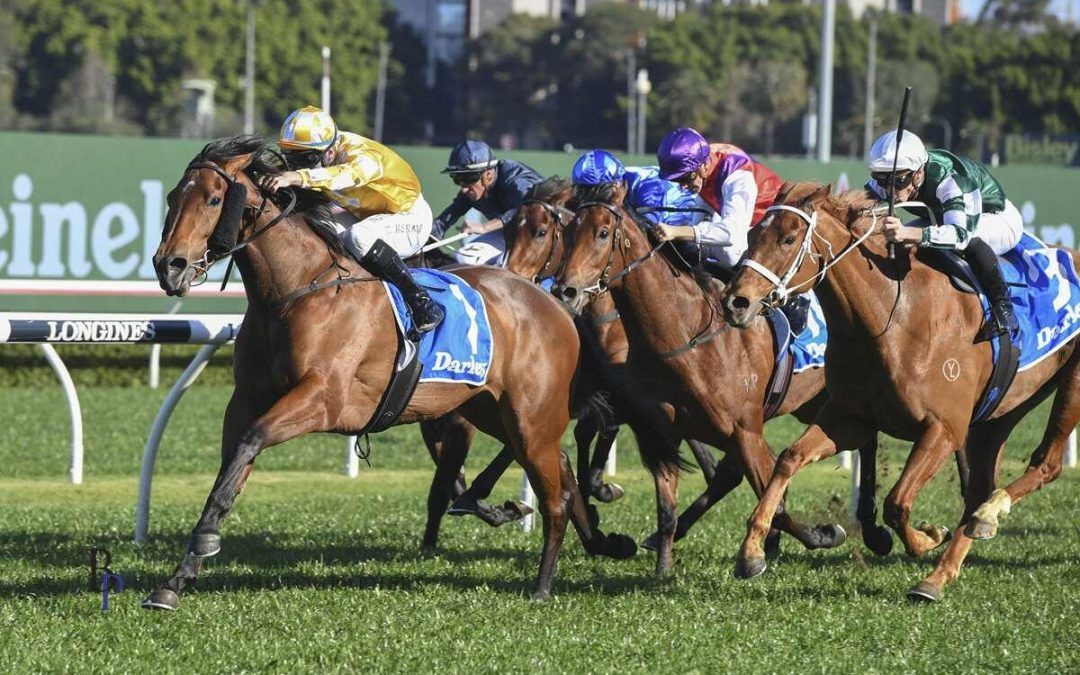 Dame Giselle (I Am Invincible) 3yo filly added another Group 2 to her stats, taking out The Darley Furious Stakes on Saturday’s feature race program at Royal Randwick.

The second leg of the Darley sponsored Princess Series for the 3-year-old fillies, Dame Giselle claimed the opening leg at her first outing for the new season when leading from start-to-finish in the Group 2 Silver Shadow Stakes on the 29th of August 2020 over the same course and distance.

Ridden off the pace under different circumstances on this occasion, the result was just the same nonetheless — the utterly accomplished daughter of I Am Invincible again proving to be too tactical for her opposition.

Despite racing three-deep for most of the trip and covering plenty of extra ground into the straight, Dame Giselle proceeded to register her third Group 2 success of her eight-race career.

“Obviously, drawing nine it was a sticky gate. We still needed a little bit to go our way in the first 2-300m, which we obviously never got. But to her credit she has really found late.”

“It’s always been the main aim that she’d excel at the 1400m,” Snowden confirmed.

“We sort of got what we wanted in a way,”

“We were happy she had the winkers on. We were a bit worried about her firing up, but once I got caught three wide I copped my medicine and got her into a happy rhythm — and she was.

“She traveled so sweetly for me in the run and I felt like I had the race won a long way out.”

Berry added: “I felt like she sort of stargazed a bit when she got to the front, but when Hungry Heart came to me at the 100m she really lifted again.”