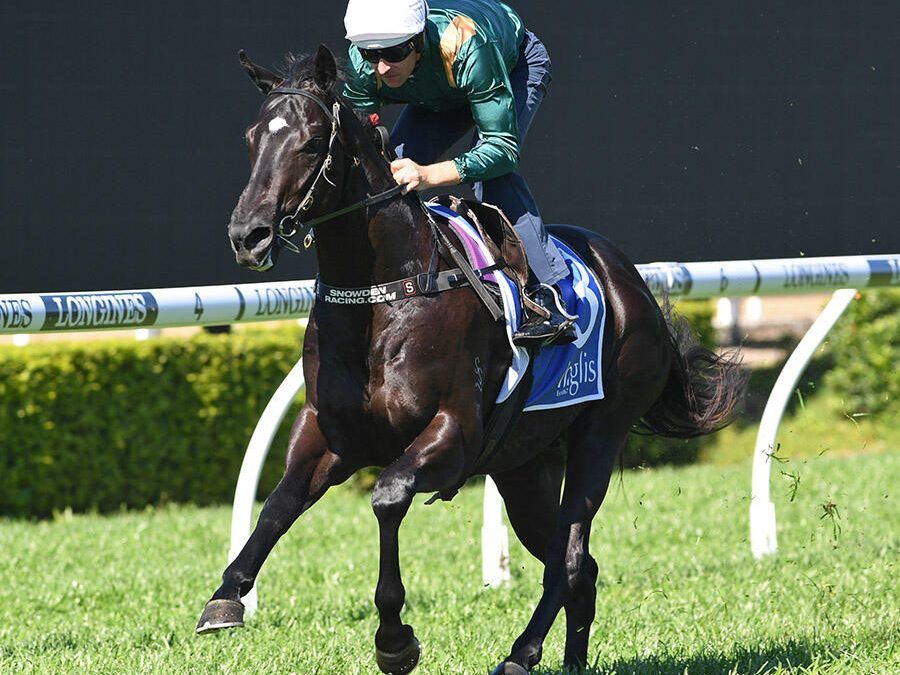 The first two-year-old trials of the year were held at Randwick’s Kensington track on Monday and James Harron was pleased with the performances of Kalashnikov – who is by Newgate Farm’s first-season sire Capitalist (Written Tycoon) and the son of Vinery Stud’s freshman stallion Star Turn (Star Witness) in Astrologer.

The Peter and Paul Snowden-trained Kalashnikov pinged out of the gates in heat two, worked well round the bend and responded well to Hugh Bowman’s urgings to hit the line impressively, posting a time of 50.53 seconds, five lengths ahead of Unwritten (Written Tycoon). Sempreinte (Sebring) was a further neck away in third.

Harron – who purchased the colt for $600,000 at the Magic Millions Gold Coast Yearling Sale from the Segenhoe Stud – said that Kalashnikov will look to emulate his sire in the Breeders’ Plate (Gr 3, 1000m) on October 3.

“He has been showing quite a bit at home,” said Harron. “Peter and Paul [Snowden] earmarked him quite early on as a really precocious, early type two-year-old. He showed good gate speed when they gave him a little jump out at home and very professional and he showed that again today.

“He was very clean away and got into stride. Hugh Bowman was very complimentary about him, as quick as he jumps he gets back underneath you well and relaxes. Even when the horses came around him and he asked him to go he extended really nicely.”

Harron’s connection with the colt’s Golden Slipper Stakes (Gr 1, 1200m)-winning sire Capitalist is well documented and, despite Kalashnikov being jet black, Harron says there are some similarities between the youngster and his father.

“At the sales I thought he was an absolute stamp of his dad physically, the shape and his size and his demeanour and he has that great attitude and he seems to take everything in his stride,” said Harron. “There is a lot of water to go under the bridge, but I’ve spoken to the guys and they said he has come through it well.” 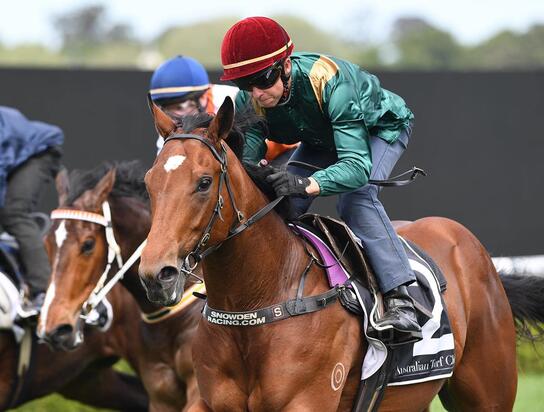 In the last heat of the day, Astrologer, who Harron picked up for $300,000 at the Magic Millions Gold Coast Yearling Sale from the Edinglassie Thoroughbreds draft, also won his heat in a time of 51.20 seconds.

The colt raced in fourth in the early part of his 845 metre heat and as the field entered the straight Kerrin McEvoy pulled the colt out of the pack and he glided to the front, hitting the line impressively to beat Almahero (Al Maher) by a length and quarter, while Montenegro (I Am Invincible) another neck away in third.

“He was really pleasing,” said Harron. “He is a horse who is strong and well built and had quite a bit of puppy fat as a yearling, but he has continued to grow and lengthen out. He has done quite a lot of growing the last couple of months.

“He is a different horse to Kalashnikov and was slightly slower away from the gates, but was able to gather himself up and work home nicely and get over the top of them and prick his ears. The time wasn’t as slick as Kalashnikov, but the way he did it was good.

“He will be interesting to see how he responds to that today, because he has definitely come on from that little jump-out at home and the big part of this is how much improvement there is in all these horses and he is a big improving type of horse.

“We will see where he gets to. He is probably not a jump and run sharp type like Kalashnikov.”

Harron said the colt would join his stablemate in the Breeders’ Plate next month, with Kerrin McEvoy set to take the ride.

“We will prepare him for the Breeders’ Plate as well,” said Harron. “Kerrin McEvoy really liked his action and felt really good when he lengthened out and he called up to secure the ride on him as well, which is good and a nice endorsement from Kerrin.”

The well-related two-year-old is out of the unraced Fastnet Rock (Danehill) mare Fast ’n’ Witty, who is herself out of Listed winner Crystal Wit (Distorted Humor). Crystal Wit is the dam of Group 3 winner Crystal Dreamer (Stratum) and she is also the grandam of Listed scorers Persuader (Zoustar) and The Actuary (Sebring).