Leisurely Build Up A Gift For Captivant 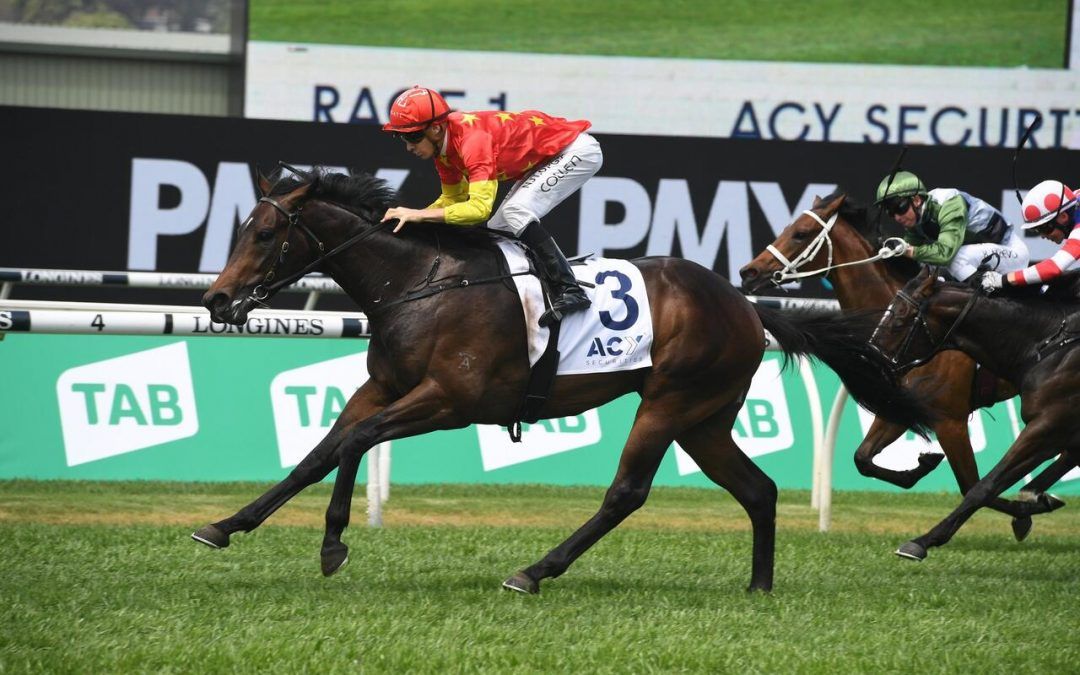 It’s safe to say promising colt Captivant hasn’t been as busy in the lead up to Saturday’s $1m Golden Gift (1100m) at Rosehill as he was prior to his debut and co-trainer Paul Snowden says that can only be a good thing.

The youngster announced himself as one of the most exciting two-year-olds so far this season with a dominant win in the Victory Vein on Everest Day and Snowden revealed after the race a situation that makes the win that much more impressive.

“He was due to run in the Debutant Stakes (in Melbourne) but he drew wide, we were going to leave it right until the last minute if four or five came out. It wasn’t to be,’’ Snowden said.

“We scratched him and he was on the float 7.30 that morning, he arrived at the spelling farm that afternoon. At that stage he had to do three hours.

“He got his way back to us late Saturday afternoon. He trialled on the Monday and won the following Saturday.

“You wouldn’t do it normally but the horse just has a very good mindset, he’s very bombproof. He gets around the joint like he’s a five-year-old, it’s very unusual just how laid back he is.”

Punter’s Intelligence sectional data showed Captivant clocked 33.53 for his last 600m, the fastest of the race, and his last 200m of 11.35 was a length faster than anything else. So it was a powerful performance.

He’s a $3.50 chance with TAB to emulate his stablemate Dame Giselle, who won the inaugural Golden Gift last year, and Snowden has opted to add winkers to his gear.

“He’s too casual, it’s not that he doesn’t concentrate but (winkers) are something subtle to help him,” Snowden said.

“I think he’s a racehorse. He works good at home and we’re happy with him but he goes to another level on race day.

“That’s what he did the other day so we’re looking for the same sort of performance.

“He came through the run in good order, he had an easy week after that and we’ve had the benefit of three weeks between runs which has helped him considering what went on prior to his first start.”

The big unknown surrounding the Golden Gift is how Captivant, and his stablemate Mura Mura, will handle a wet track.

Mura Mura, $6.50 with TAB, made her debut a week after Captivant with a gutsy third in the Kirkham Plate and Snowden is hoping the filly can have a more economical run.

“I know our horses have bounced well off their first-up runs and are coping extremely well,’’ he said.

“Her effort was outstanding, three deep no cover for a two-year-old having its first start doesn’t come off too often. She’s gone down a length so it’s an effort in itself.

“The conditions on the day are what we have to worry about.”

Snowden said he expects Captivant to settle in a similar spot, perhaps three pairs back, as he did on debut while Mura Mura should be able to land in the first three.

With prize-money for first of $580,000 and second of $190,000 the first two home can have their 2021 Golden Slipper preparations mapped out confidently.

Jen Rules will be out to hand the Snowden stable back-to-back wins in the Group 2 $500,000 Hyland Race Colours Hot Danish Stakes (1400m) and the co-trainer said forget the mare’s failure in the Nivison two weeks ago.

Prior to that race Jen Rules ($21) recorded Group 2 placings in the Sheraco and Golden Pendant so Snowden hopes returning to Rosehill will be significant.

“It was a head scratcher the other day. Her past eight or 10 starts were outstanding,’’ he said.

“The track the other day was deteriorating so badly. Once she was slow to jump she was back behind the eight ball and copping the kick back.

“I’m keen to get her back to Rosehill and hopefully she can bounce back because she’s in too good order.”