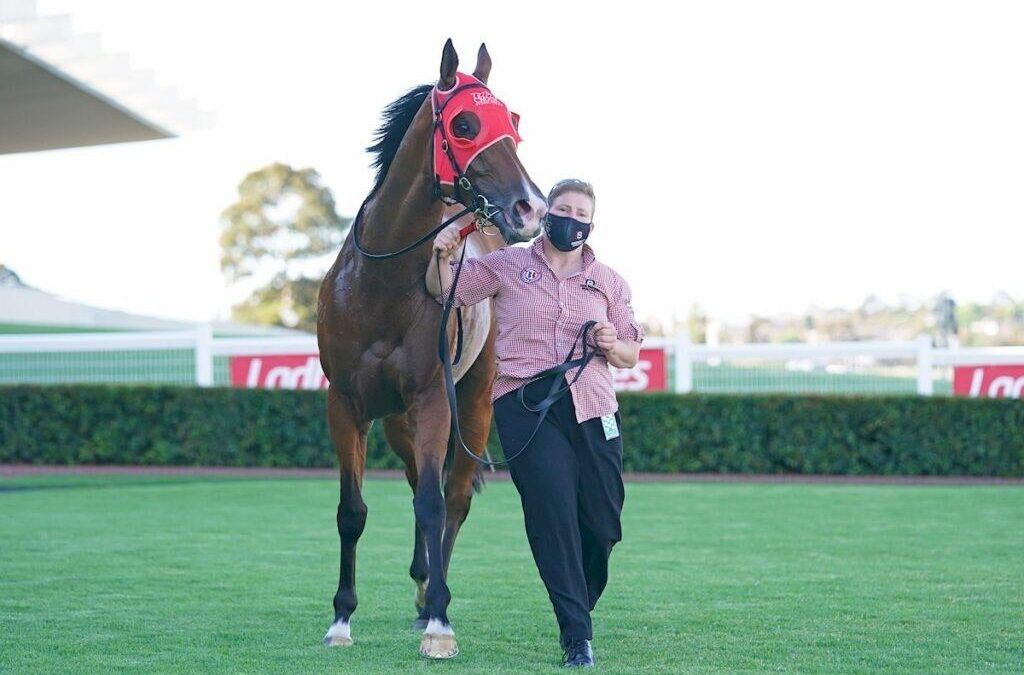 Triple Crown stable star MISSILE MANTRA provided the perfect end to the Spring Carnival with a scintillating success in the Group 3 Summoned Stakes at Sandown on Saturday.

The daughter of Smart Missile came from near last at the turn to get up in the shadows of the post, showing her trademark turn of foot and tenacity to record a memorable victory in the $160,000 contest.

Already a Listed winner prior to her second in last year’s Group 1 Thousand Guineas, Saturday’s success was Missile Mantra’s first at Group level, further enhancing her value as a future broodmare prospect at the culmination of her racing career.

Co-trainer Peter Snowden was full of praise for jockey John Allen, who timed his challenge to perfection aboard the $3.80 favourite to get the better of the rallying Tricky Gal.

“Watching it, I was really confident,” Snowden told Racing.com in his post-race interview. “She travelled really well down the hill, and through the dip I thought it was just a matter of timing this right. He [John Allen] did it perfectly, but gee I thought the margin was going to be better than it was.

“I’ll take it though, half an inch is as good as 10 lengths, it’s still a win. Three or four times we’ve been beaten by the same amount and one of those was in a Group 1, so she certainly deserved that. I’m really pleased for everyone and all her owners.

“Triple Crown have been fantastic. Every year they keep buying nice horses that keep training on and we’re so thankful to have them in our stable.”

Snowden couldn’t hide his pride when reflecting on Missile Mantra’s latest achievement, before confirming that she will now enjoy a well-earned spell after winning on her sixth run of the preparation.

“I’m really pleased for the horse too,” he added. “She hasn’t had the right luck at the right times, but she always tries.

“She ran second in the Thousand Guineas and got beat an absolute eyebrow. That was hard to take – it’s gut wrenching to be beaten that much in a Group 1 race.

“She made her own luck on Saturday. She sat wide, covered ground but really surged late and was good on the line. It was only a narrow margin, but I think it was a convincing win and the time was good.

“She’s done a great job and has handled the prep really well this time through. She’ll go to the paddock now for a spell and she’ll go out a winner.” 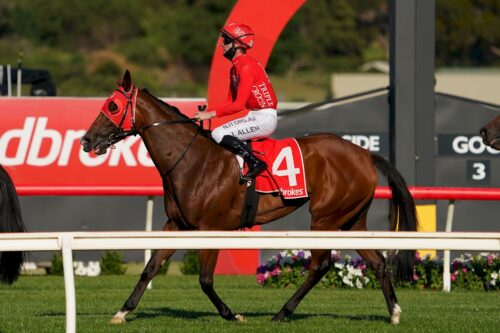 Missile Mantra’s victory capped a fruitful day at the office for Peter & Paul Snowden, who saddled up no less than FIVE winners on the day across Victoria and NSW.

The win also took Missile Mantra’s career prizemoney to a shade under half a million dollars – a handsome return on the $30,000 Triple Crown’s Chris & Michael ward paid for her at the Magic Millions Gold Coast Yearling Sale in 2018.

With Saturday’s Group 3 success adding to her Listed win and previous placings at both Group 1 and Group 2 level, Missile Mantra now boasts an impressive pedigree page and looks sure to be a valuable broodmare proposition.

A big well done and thank you to all the team at Snowden Racing Flemington for having her in such good order this preparation, and congratulations to all her owners on further big race success!