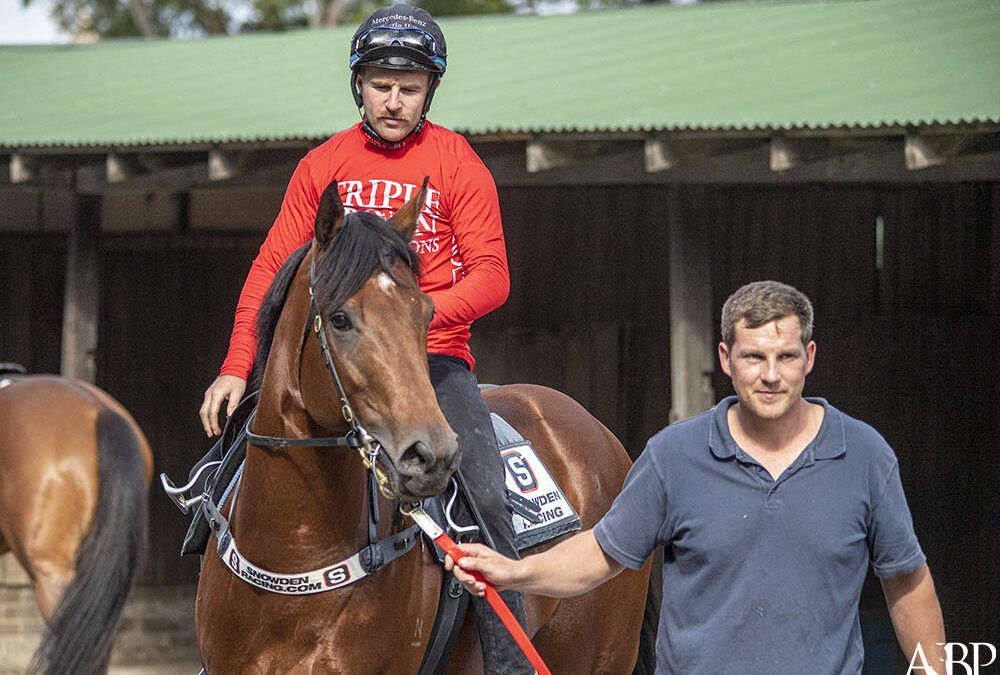 There is plenty for the Triple Crown team to look forward to in the coming weeks if Tuesday morning’s Randwick trials are anything to go by!

The Red silks were attracting plenty of attention at this morning’s hit-outs, with exciting colt SMART IMAGE the first to turn heads as he took out Heat 4 under Tommy Berry.

A winner of his first two starts as a two-year-old, Smart Image was undone by a heavy track in the Group 3 Up And Coming Stakes at his last start, but looks to have returned from his latest spell in superb order.

WINDSWEEP was another to win her heat convincingly, suggesting she has also returned in top order as she bids to build on the promise shown in her first racing preparation.

The daughter of Deep Field showed her rivals a clean pair of heels in the straight, crossing the line with her ears pricked to record a comfortable two and a half length success in Heat 6.

While Windsweep was always up on the speed, EXOBOOM had to pass significantly more rivals on his way to winning Heat 7.

An eye-catching second behind promising stablemate Rule Of Law on his only start to date, Exoboom looked every inch a winner in waiting as he defied greenness round the turn to score a narrow success.

The team were also delighted with the trial of Group 2 winner REELEM IN RUBY, who showed her customary zest for racing to finish a solid second in Heat 5 over 1050m.