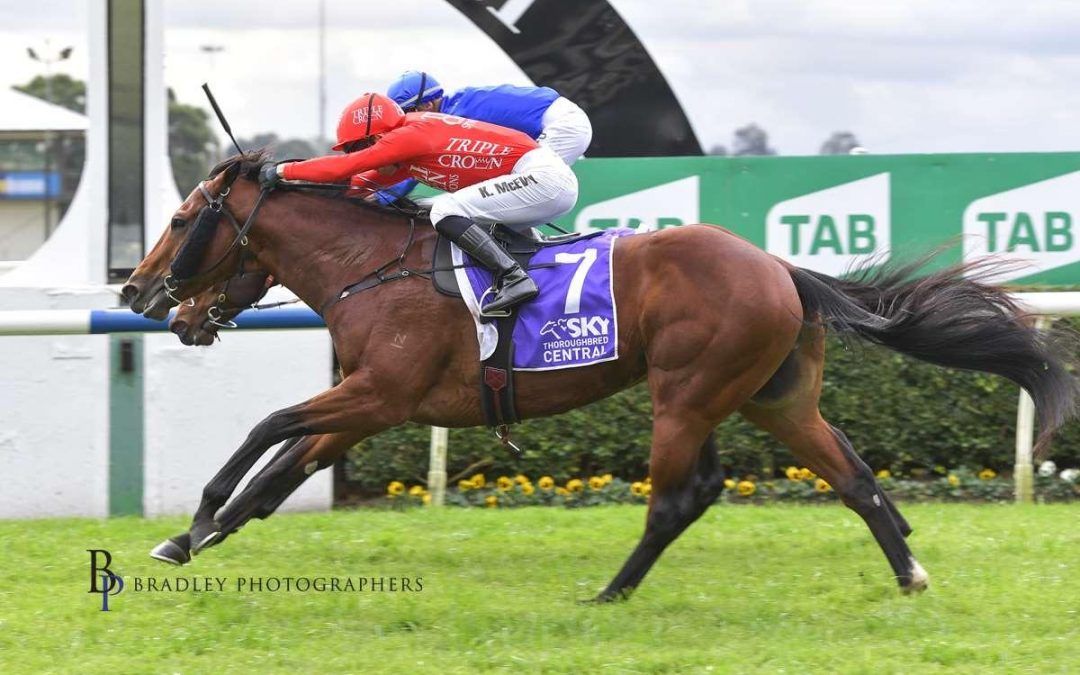 There’s no doubt as far as co-trainer Peter Snowden is concerned that Smart Image will appear in some good quality races in 2021 but he’s stopped short of declaring a first-up win at Rosehill on Saturday.

Snowden said he’s rapt with how Smart Image has returned, he’s 40kg heavier, and the timing of the Schweppes Handicap (1300m) is perfect but the last 100m may be testing.

“He’s come back well, he’s developed a fair bit more. He’s in good order and his two trials have been good,’’ he said.

“The only little question mark is 1300m first-up.

“He’s better than a Saturday horse, that’s for sure, I think he’s definitely a black type horse.”

The colt put his potential on show with impressive wins at Warwick Farm and Rosehill in July before failing to handle a heavy 10 in the Group 3 Up & Coming Stakes won by North Pacific.

“He didn’t go through it at all, that was why he finished where he did,’’ Snowden said.

“He was up to that class but he didn’t go a yard in it and Kerrin (McEvoy) said he was gone at the 600m mark. Back on top of the ground he will be at his best.”

Smart Image was a $4.20 chance with TAB on Thursday and is being aimed at the Magic Millions carnival next month.

His recent trials have been quite similar to what she showed prior to making a winning debut where, particularly in his November 24 trial win, it appeared he needed encouragement before hitting the line hard – as he does in his races.

But Snowden said that’s more a case of the three-year-old taking a bit of time to hit top gear.

“He travels really well but it takes him about 100m to get organised and then he lets go,’’ he said.

“The more racing he does the better he will be.”

While in an ideal world there’d be 100m less for Smart Image, Snowden would love an extra 100m for Poetic Charmer’s first-up assignment in the Members Christmas Handicap (1100m) but expects the gelding to fire fresh.

The six-year-old, who had his second trial on Monday for a closing third, enjoyed a successful winter campaign including a first-up win at $21 on a heavy track – he’s a $16 chance on Saturday.

However, he’s yet to win below 1200m and hasn’t raced over 1100m fresh since he was an early season three-year-old.

“It’s a nice race for him, there’s good speed in it and his trials have been faultless,’’ Snowden said.

“Now he’s older he’s more mature, he’s not as aggressive in his work or races and pre-race he’s a lot better.

“The penny has dropped with him, he’s more settled in his work and he’s racing that way. He has a good turn of foot now, he’s always had talent and is starting to fulfil it.”

Snowden said there are two factors that could see Onslaught repeat his super first-up effort from Kembla two weeks ago and they are why the Iron Jack Handicap (1400m) was selected over a shorter option.

The seven-year-old was a $41 chance when he resumed with a game second to Mo’s Crown, he’s half that price at Rosehill.

“There’s two things with him. He runs his best races on good ground and when he can race up on speed,’’ Snowden said.

“In fast races with lots of speed he can put his hand up pretty quickly. But if he can race on speed and be there comfortably he normally runs a good race.