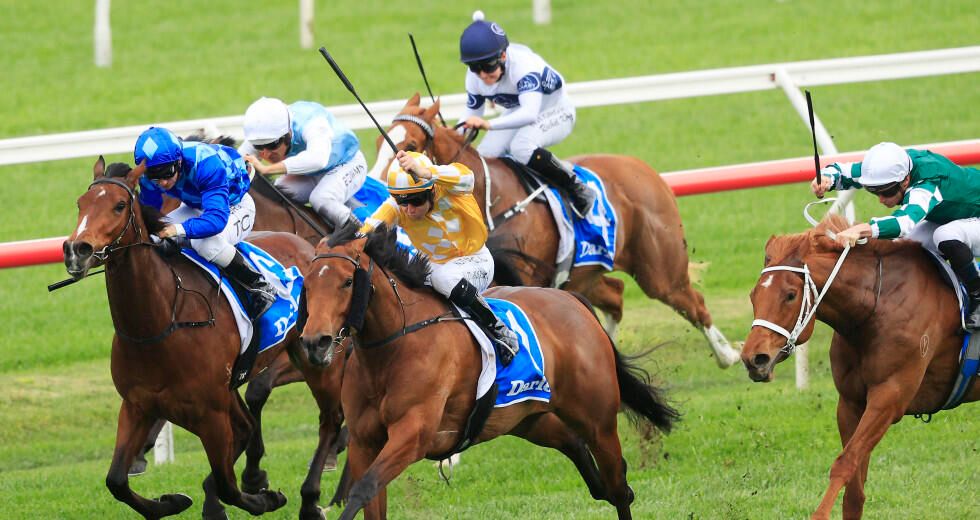 The Snowdens are setting lofty goals for two of the stable’s star three-year-olds.

Filly Dame Giselle took all before her last preparation with a trio of wins in the Darley Princess Series, including Group 2s the Silver Shadow, Furious and Tea Rose Stakes, before running fourth in the Group 1 Flight.

The daughter of I Am Invincible will be back at the track this autumn with co-trainer Peter Snowden confirming a Group 1 sprint pursuit is on the agenda with the Stradbroke Handicap on the way to the Coolmore Stud Stakes.

“She’s back in pre-training as of Monday,” he told SEN Track’s Bensley.

“She looks absolutely sensational, the best I’ve ever seen her.

“We looked after her all the way through. She’s only had light preparations each time she’s come in, but no doubt I would think this should be her best prep.

“She’ll definitely get to Group 1 level. A race like the Coolmore (at Flemington in October) could certainly be on the cards for her.

“There’s plenty of options for her all through the autumn and the winter. She might end up in a Stradbroke or something towards the end of the (Brisbane) carnival (in June).

“Time will tell but she has come back in sensational order.”

Another promising Snowden youngster is the consistent colt Wild Ruler who could step up to an elite sprint race like the TJ Smith Stakes.

He won twice last prep before a more than competitive third in the Coolmore behind star-in-the-making September Run.

“He’s only a lightly-raced horse, but he’s accomplished some good things. All his runs were great last prep,” Snowden said of the son of Snitzel.

“He was a Group 2 winner in the (Roman) Consul, he won the Heritage and a good third in the Coolmore, his last start, in good company and good time.

“He’s a horse that is only going to get better as he gets older. Certainly looking forward to him stepping up and making a name for himself through the autumn.

“He might end up in a TJ Smith or something later on.

“He’s still a very raw horse, not fully mature yet, so next prep will be his best.

“He’s capable of improving, but he doesn’t have to improve much to get to the lite level.”

Snowden also touched on California Zimbol who won the Listed Alinghi at Caulfield in mid-October before missing out in the Group 3 Furphy Sprint at Flemington on Stakes Day.

“She’s a good filly, or mare now, but I’ll be very selective with where I run her,” he said of the four-year-old.

“She’s had a few little issues and needed time to mature but she’s now fully matured.

“The few starts she had in the spring were all good runs. She’s a high-quality mare and I’m sure she can measure up in the autumn.

“She doesn’t like real wet tracks, can handle soft racks but not heavy tracks, that’s the only limitation on her.

“But with everything else I think she’ll get to a good level.”