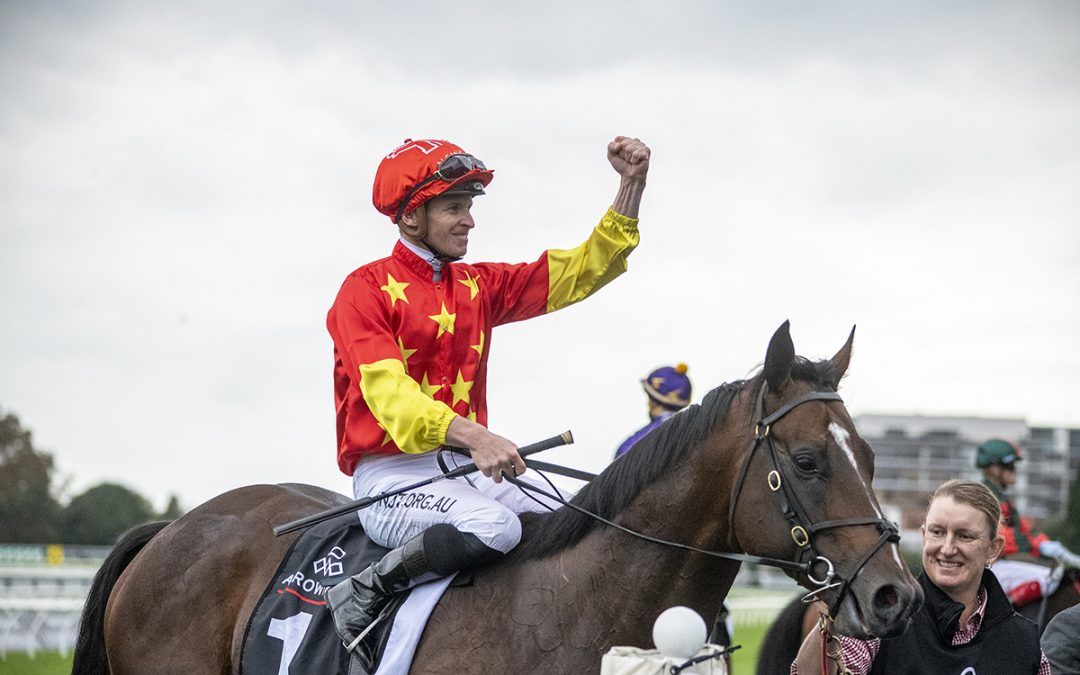 With the looks befitting a half million dollar yearling, Wild Ruler has also been blessed with plenty of ticker, which he needed to call on to turn back the challenge of a hard-charging Isotope in the $1million Group II Arrowfield 3yo Sprint (1200m) at Randwick on Saturday. 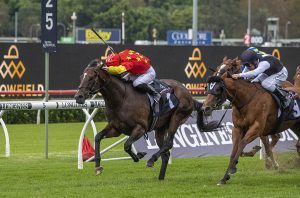 The Peter and Paul Snowden-trained son of Snitzel kept his Randwick record at a perfect four for four, but he had to do it the hard way.

Never closer than three wide the trip from an outside barrier under James McDonald, Wild Ruler defeated the Deep Field filly Isotope by a half-head with a half-neck back to the fast-finishing Redoute’s Choice colt Prague in third.

A two-length winner of the Group II Roman Consul Stakes over the same track and distance last spring, Wild Ruler finished third behind September Run in the Group 1 Coolmore Stud Stakes (1200m) at Flemington, before returning from a spell to carry 59kg to victory in the Listed Fireball Quality (1100m) at Randwick on March 6.

At his most recent start, Wild Ruler was a troubled sixth behind Eduardo in the Group 1 The Galaxy (1100m) at Rosehill.

Sporting the silks of China Horse Club, Wild ruler advances his record to five wins one second and two thirds from 10 starts with earnings of $1,522,725. 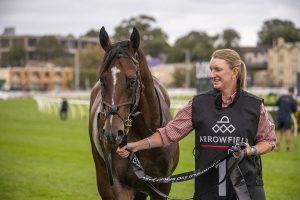 “It raced like a Group 1, and it probably took a Group 1 horse to win,” Paul Snowden said

“It was an extraordinary effort, three deep no cover. It’s hard to do in any race let alone a most important one as such as this.

“Full credit to the horse. There were a lot of horses behind that had nice runs in transit and we faced the breeze and did it tough and he duly saluted.

The bloke on top (James McDonald) has got a fair bit to do with it. He knows the horse extremely well and when you can get him on your horse you grow in confidence. We were three deep and James McDonald doesn’t panic and neither does the horse and we got the job done.

“We will sit down and talk about (his next start). Obviously, there’s a big group of players behind us. But Henry (Field from Newgate Farm) has indicated that there’s no real need to go to stud soon. Hopefully, we can have that time to get to where we need to be and get that Group 1, which I am sure we can.” 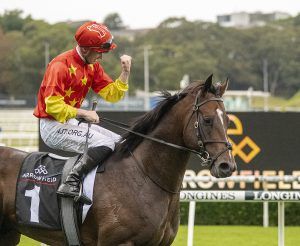 James McDonald said he was thrilled the way Wild Ruler toughed it out.

“It seems the tougher the run the better he goes. He has got a good will to win, he tries very hard, and I’m sure he will carry on with his good fortunes.”

Purchased by China Horse Club / Newgate Bloodstock / WinStar for $525,000 out of the Kia Ora Stud draft at the 2019 Inglis Australian Easter Yearling Sale, Wild Ruler made an exciting career debut when winning the $500,000 Inglis Nursery.

Bred by Kia Ora Stud, Wild Ruler is the third foal and second winner out of the smart racemare Gypsy Robin (USA).

An imported daughter of the Awesome Again stallion Daaher, Gypsy Robin (USA) won six races from 12 starts in the States, including a pair of Grade II Stakes and was runner-up in the Grade 1 Test Stakes at Saratoga.