The Sydney red-letter 2-year-old features of the season might be behind us, but at Randwick on Tuesday, the 10th trial of the morning captured attentions. Unraced juvenile filly Satin Ribbons, by sire of the moment Capitalist, blew the doors off her opposition by 5.8l in a trial described by Newgate’s Henry Field as “one of the best I’ve ever seen”.

The 2-Year-Old Open event was a small field for fillies, with only seven lining up representing five different stallions. James McDonald was aboard the winner when she went whoosh from the gates, and she was never headed.

Satin Ribbons is a daughter of the excellent race-mare Satin Shoes (Flying Spur), who won the G2 Silver Slipper S. in 2011, and three Listed events over four seasons on the track. Satin Shoes raced in a vintage sprinting era, running into the likes of Buffering (Mossman), Sepoy, Rain Affair (Commands) and Temple Of Boom (Piccolo {GB}).

She retired in 2014 for owner Belinda Bateman, producing 2017 Listed ATC Gimcrack S. winner Satin Slipper (Pierro) in her first go. The mare has foaled only fillies in her stud career to date (five in total), with Satin Ribbons her fourth. 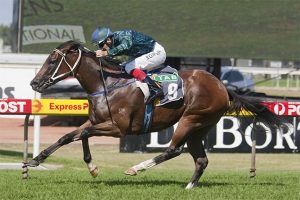 Trained by the Peter and Paul Snowden partnership, the bay Satin Ribbons stepped out at Randwick on Tuesday morning with only two trials behind her. They came at Rosehill in early January, when she won by 5l, and Gosford around a fortnight later, when she won by 2.8l.

Combined with Tuesday’s result, the filly has won her three outings by a collective 13.6l. However, the Snowdens’ Racing and Bloodstock Manager, Irishman Colum McCullagh, said they weren’t losing their heads over that.

“It’s easy to get excited over trials, but that’s all she’s done to date,” McCullagh said. “Given that, she has trialled very well. She’s obviously from a very good black type family from Belinda Bateman, who breeds very good horses. Hopefully this is another really good one for her.”

Bateman was also in the ownership of Capitalist, which makes Tuesday’s result a little bit special.

McCullogh said Satin Ribbons had been given a break between her January trials and this week for maturity purposes. For a time, she was spelled.

“She could easily have gone to a maiden after her last 1000 metre trial,” he said, “but Peter and Paul decided it would be the best option to turn her out and give her a little break. She physically needed to mature. She was still raw, and running through the bridle a little bit. And it was the right call.”

McCullagh said Satin Ribbons is typical of the family, with a muscly, sprinter-like composition. He said she wasn’t necessarily tall, but she was broad.

“She has bulked up a lot since that break, which will help her going forward,” he said.

So far, Satin Ribbons has proved the perfect cocktail of pedigree and performance. McCullogh said the family can be a bit hot, but they get on with things when it counts.

“When they get on-track, it’s time to get to business with them,” he said. “They’re pretty straightforward, and they know what they have to do. The one good thing from the whole family is that they are very genuine, and really give you everything.”

Tuesday’s trial at Randwick was over the scamper distance of 740 metres, and the Snowden stable said it was likely the filly would head to a 1000 metre trial for her next outing.

“You see trainers making the mistake of going to 1000 metre races off 740 metre trials, and the horses get a stitch,” McCullogh said. “She’ll definitely go to a longer trial next, and then we might look for a metropolitan maiden for her to help her learn her caper a bit.”

McCullogh added that they would be keeping the filly to her own grade, but mentioned the Listed Woodlands S. at Scone in May, or even Brisbane in the winter.

“I really think she’ll be a nice 3-year-old filly in the spring that we can have a bit of fun with, either in Sydney or Melbourne” he said.