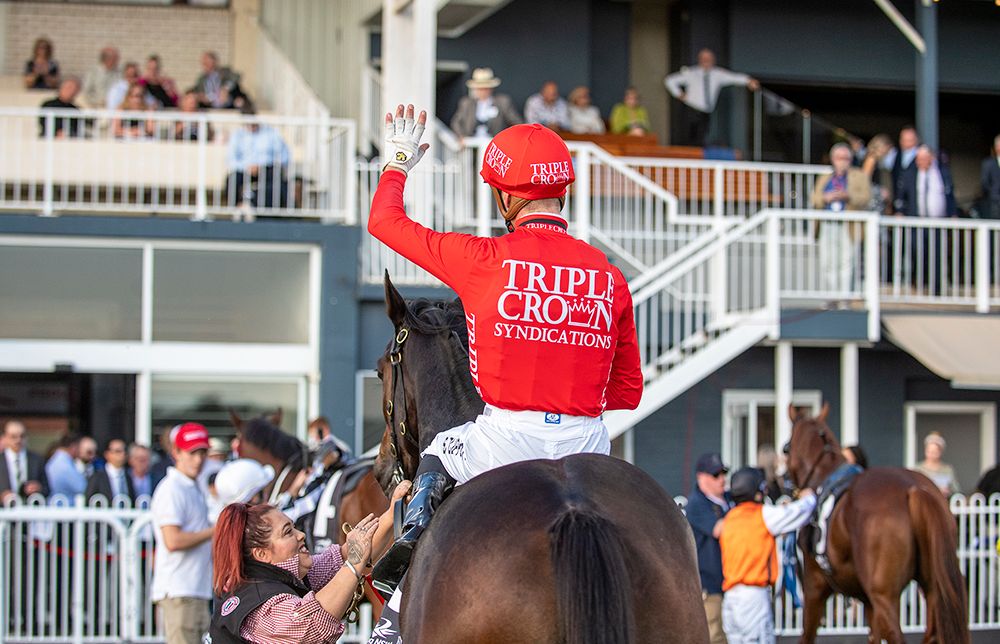 The powerful son of Exosphere came with a storming run down the outside to land the $200,000 contest by a long neck, beating the already-stakes placed Rainbow Connection into second with a host of talented horses in behind.

Exoboom’s win in the Hawkesbury Guineas comes just 2 years after his stablemate Military Zone won the race, meaning that Triple Crown have won two of the last three renewals of the Group 3 feature.

“You’ve got a nice horse on your hands,” a delighted Peter Snowden told Exoboom’s owners in his post-race report.

“That was a tremendous performance. He got back, went around the whole field and started to race away at the end.

“He had the toughest run and still won, which proves he was the best horse in the race.

“We’ve always held him in high esteem, but this was the real litmus test for him, because he was taking on much stronger opposition than what he has met before. It’s alright looking good against benchmark horses, but when you get to open company you have got to be above average.

“He won well and it sets up nicely for the Inglis 3YO Guineas in a couple of weeks.”

The striking gelding has already yielded a handsome return on the $70,000 paid by Triple Crown’s Chris & Michael Ward for him at the Inglis Classic Sale in 2019, with his career earnings now at $188,780 and counting.

Exoboom’s win formed the first part of a double on the day for the Triple Crown team, with the ultra-consistent RANGES scoring a richly deserved success at Newcastle later in the afternoon. You can read more about Ranges’ victory by clicking here.

Congratulations to all the team at Snowden Racing and both sets of owners on what was a memorable day for all! 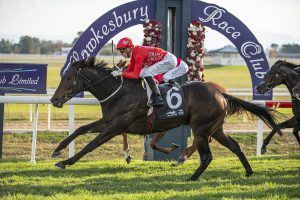 Exoboom will now contest the Listed Inglis 3YO Guineas at Rosehill on May 15 – Photo: Ashlea Brennan