Wild Ruler on Top in the Group 1 Moir Stakes 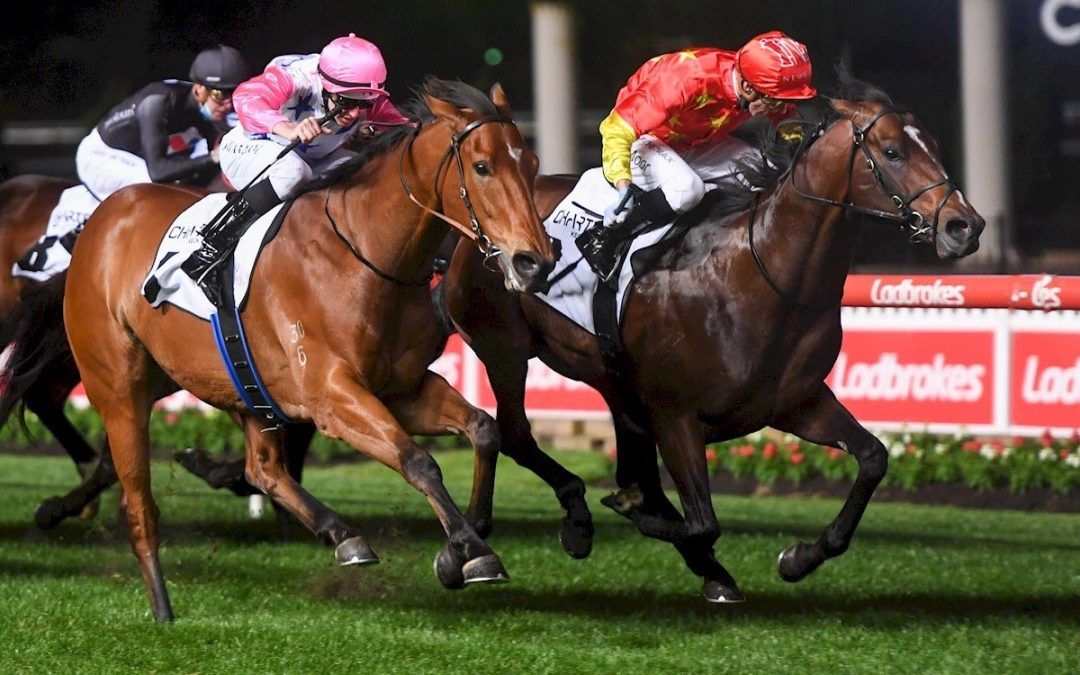 With four stakes wins under his belt, Wild Ruler had already booked his place on the Newgate Farm stallion roster, but the striking son of Snitzel made sure he will be among the most sought-after stallions next season following his Group 1 triumph in Friday night’s $1,000,000 Charter Keck Cramer Moir Stakes (1000m) at Moonee Valley. 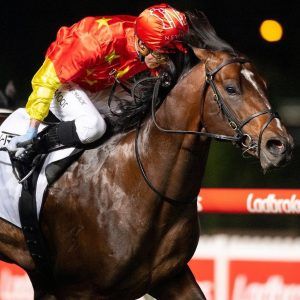 The Peter and Paul Snowden-trained 4yo became the sixth stakes-winner for Snitzel in the first few months od the season when he held off The Inferno (Holy Roman Emperor) by a short-head with Trekking (Street Cry) a further one and a quarter lengths back in third.

The second Group 1 winner in the space of seven days for Daniel Moor, Wild Ruler advances his record to six wins, two seconds, and two thirds from 13 starts with earnings of $2,164,125.

“I thought he wasn’t going to get out and I was screaming at the TV, it was a very tough win and congratulations to everyone involved, it was great,” stable representative Andrew Angelone said. “He arrived last Thursday, came down here (Moonee Valley) on Monday and he’s been great. I last saw him in the Coolmore and he’s just matured so much, he’s such a lovely type of horse and he’s just fantastic. It’s very important to come and have a look at The Valley. It’s a daunting track – everything is really close. It’s a tight turning track so it is always good for them to have a look.”

“He’s a professional with everything he does and I knew that would definitely help him. Daniel shouldered his way out at the right time. It looked like The Inferno was going to get him but to his credit he kicked on and looked impressive to the line.”

Purchased by China Horse Club / Newgate Bloodstock / WinStar for $525,000 out of the Kia Ora Stud draft at the 2019 Inglis Australian Easter Yearling Sale, Wild Ruler kick-started his career in the $500,000 Inglis Nursery. Bred by Kia Ora Stud, Wild Ruler is the third foal and second winner out of the smart racemare Gypsy Robin (USA).

An imported daughter of the Awesome Again stallion Daaher, Gypsy Robin (USA) won six races from 12 starts in the States, including a pair of Grade II Stakes and was runner-up in the Grade 1 Test Stakes at Saratoga.Gypsy Robin’s 2yo filly by American Pharoah (USA) left the ring unsold when failing to make her $200,000 reserve at the recent Inglis Australian Easter Yearling Sale. After foaling another filly by the Triple Crown hero last spring, Gypsy Robin (USA) revisited Snitzel.