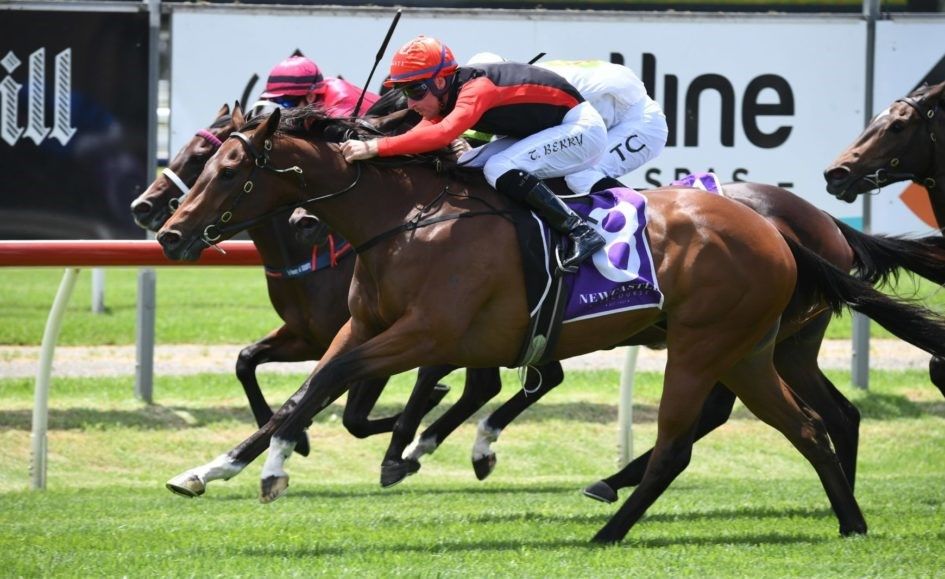 The Snowden’s trained the dual Group One-winning sprinter, who now stands at Newgate Farm, and also saddled up his first ever runner, Secret Revolution, who finished midfield in the Kirkham Plate at Randwick last month.

Russian Conquest tackled the Max Lees Classic (900m) off the back of one barrier trial but had been showing talent on the track at home.

“She was a bit light when she first came in, but she has improved rapidly,” Peter Snowden said. “She’s got a tremendous temperament. She walked around the yard like she’d been here 100 times before and raced very professionally, three-deep, no cover and just travelled the whole way so there is further improvement to come from her. But it’s good to see her win first-up.”

Tommy Berry got Russian Conquest ($7.50) into a nice rhythm and despite tracking wide from her awkward draw, the filly knuckled down well to defeat Uncorked ($3.40 fav) by a half-length with Last Bid Liam ($7.50) another short neck away.

Berry said Russian Conquest did a good job but shaped like a filly who would be even better in time.

“She had a good look around down the straight. I wanted to pull the stick through a bit earlier, but I thought I’d leave it until late because I knew she’d respond well to it,” Berry said.

“Looking at her trial, I was a bit worried that she might only be a 900 (metre horse) because she had plenty of speed but Pete (Snowden) did assure me she is a horse who can come back and take a sit and you can pretty much put her wherever you like. When you’ve got two-year-olds that can adapt to the speed of races, it’s going to take you a long way.”

The Snowdens celebrated an early double when former French galloper Huetor ($19) made a winning Australian debut in the second race.