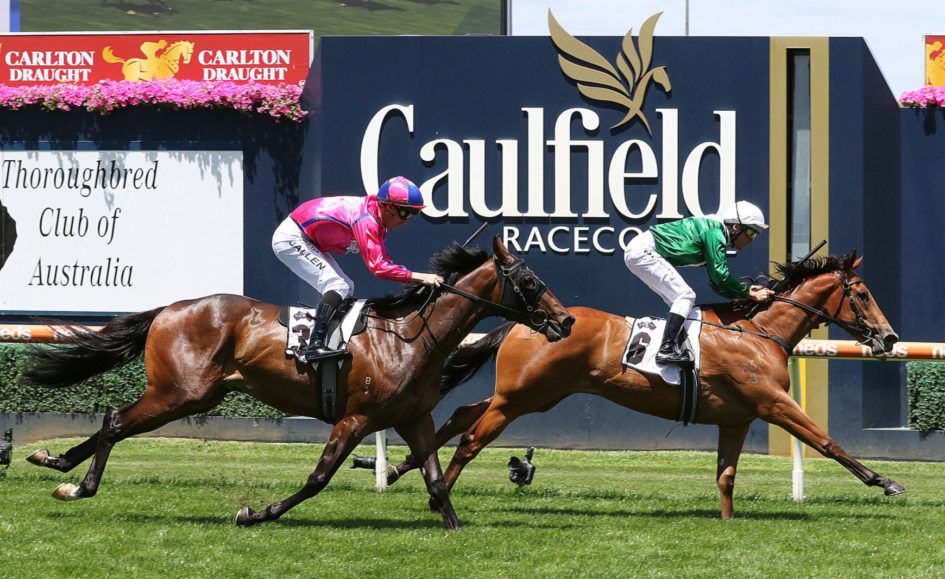 Ebhaar has shown her autumn credentials with a debut win in the Merson Cooper Stakes at Caulfield.

The Peter and Paul Snowden stable will be able to pick the right program for Ebhaar into the rich autumn two-year-old races following her debut win at Caulfield. The daughter of I Am Invincible took out the Listed Merson Cooper Stakes (1000m) on Saturday to book her place in the top two-year-old races later in the season.

Ridden by Damien Oliver, Ebhaar ($3.60) responded well to the jockey’s urgings to score by three-quarters-of-a-length from Boldhino ($15) with Moko ($7.50) two lengths away third.

The last two winners of the Merson Cooper Stakes – Hanseatic and Anamoe – have gone on to bigger and better things.

Snowden Racing Melbourne foreman Andrew Angelone said Ebhaar was likely to have a break ahead of preparing for the autumn.

“The main thing from that was that she jumped well and put herself on the speed,” Angelone said. “She wanted to go a little bit quicker, but she settled nicely and when she was challenged, she kicked. Now that she’s got the win and the prizemoney, Peter and Paul can plan wherever they’d like to go. She might go out for a break, we’ll see.”

Oliver was impressed with Ebhaar‘s tenacity and the filly’s speed after an awkward beginning. “She’s a very precocious filly,” Oliver said. “She began awkwardly but showed good speed and then travelled well outside the leader. The leader probably wasn’t going quick enough for her on the bend, so she took it up a fair way out. The second horse put a head or a neck on her in the straight, so she did a good job to come back and win nicely.”

By Craig Brennan, Racing and Sports