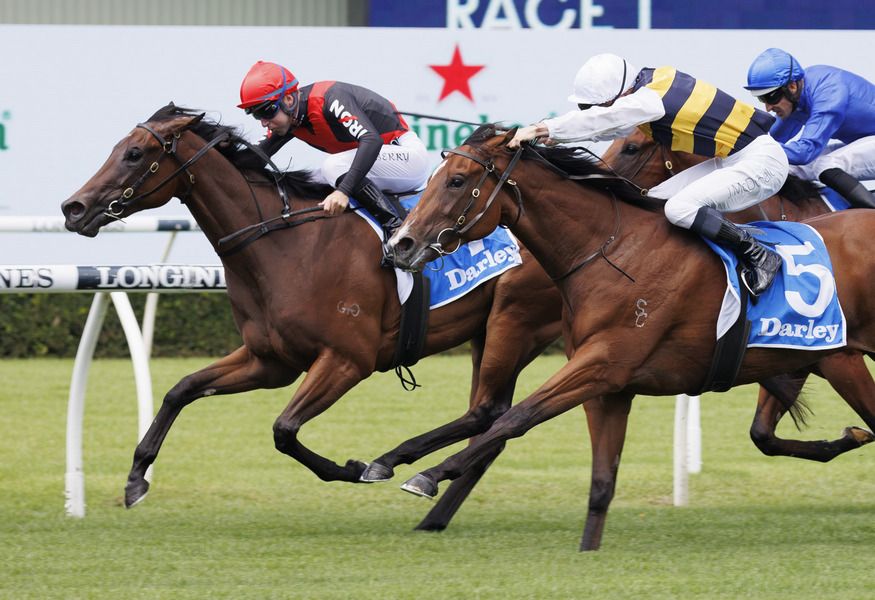 The Snowden trained Cythera under Tommy Berry made a perfect start to her career when winning the $140,000, Listed Darley Lonhro Plate (1000m) at Randwick on Saturday with co-trainer Paul Snowden suggesting there were much more to offer from the filly.

The I Am Invincible filly was well placed by Berry just outside the leader Spacewalk and Hugh Bowman with clear room to challenge in the home straight. Spacewalk, who had been re-plated at the start, kept travelling on  the rails but then found the effort difficult by the 100m mark. Cythera took over and lengthened well to keep out a late charge by the $2.50 favourite Lady Laguna.

At the line Cythera had a long head on Lady Laguna (Overshare) and James McDonald with Spacewalk (Exosphere) and Bowman keeping third with the margin 1 1/4L from Boyfriend arriving late. 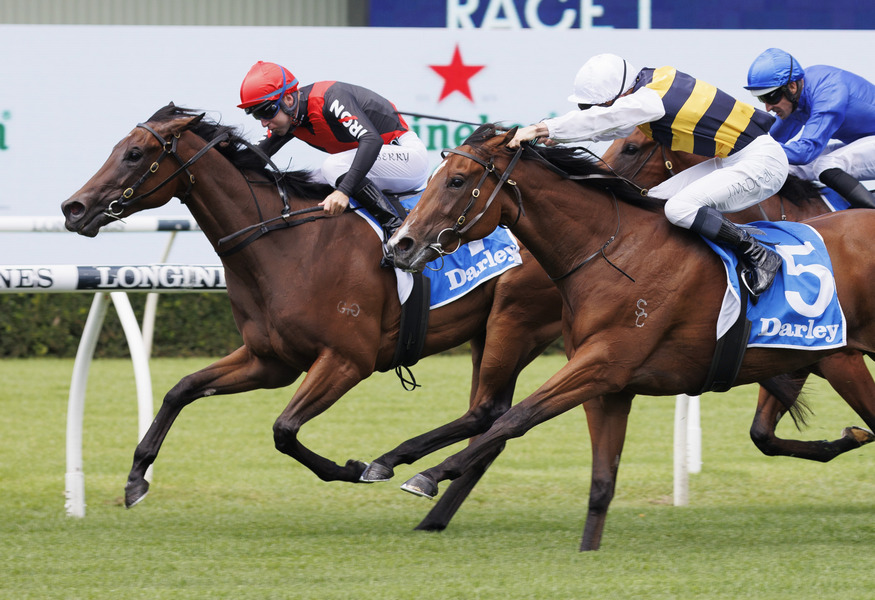 Cythera and Tommy Berry with Lady Laguna outside with Spacewalk inside on the rails, picture Sportpix.com.au

“We were pretty confident she could run well. It’s her first time at the races and things can go wrong, she did a lot wrong to tell you the truth,” said Snowden.

“I was glad when Hughie kicked up and gave us something to chase because she is still very new and you saw her idle down late when she did hit the front. She has still got a lot more to offer, this filly.

“You have just got to let her tell the story. There is still a bit of water to go under the bridge after today, there is another race later on, but most importantly I am just ecstatic for the owners, Iron Horse, it is their first runner for us and it is a winner, so they have got a very handy filly on their hands,” he said.

“Lovely filly. Really liked her off her trial and it was a very good effort for her to come here off just one trial, usually Peter gives them a couple. Obviously 1000m, usually they can do that off just one,” said Berry.

“She has been immature the whole way through, she has not been the one from day dot that jumped out of the ground and said this is going to be the best two-year-old but she has been the horse that has kept improving and there is a lot of substance about her, she is a lovely type, nice size.”

“We were a bit worried about finding the front on her today because she does prick her ears and gets a little bit lost. In a lot of her work she comes from behind and works along well and that showed today, she looked the winner until she got there and she didn’t quite know how to finish it off.

“But it was a good effort and she is a lovely filly going forward,” he said.

Cythera is out of an American family being out of the Five Star Day mare Helena’s Secret. She had won a 900m trial at Rosehill on January 4th in preparation for her race day debut and after repeating the trail win she earned a stake of $92,500 for owners Iron Horse Syndicate.