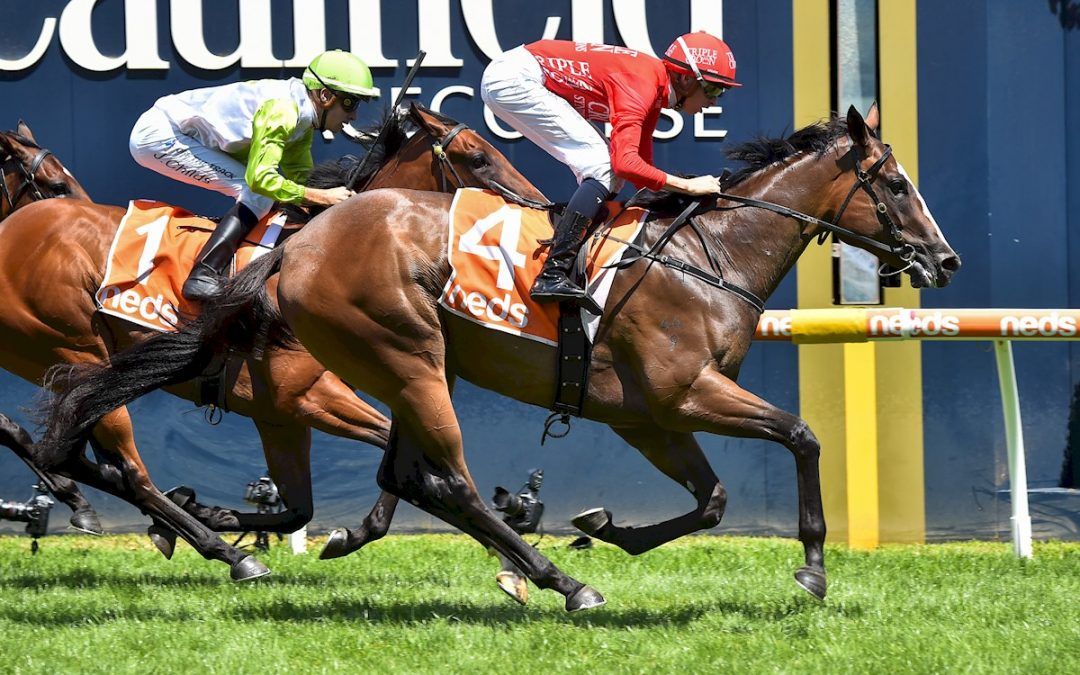 A “stronger” Revolutionary Miss proved too good for her rivals in the Fillies edition of the Blue Diamond Prelude at Caulfield on Saturday.

The Peter & Paul Snowden-trained two-year-old had only raced twice prior to Saturday’s Group 3 event, where she finished second in both starts.

The daughter of Russian Revolution ran a narrow second on New Year’s Day as a debutant, before charging home late along the inside at Rosehill Gardens in the Group 3 Widden Stakes on January 29, when 3.75 lengths behind Queen Of The Ball.

Having started $12 in this afternoon’s race, Revolutionary Miss settled down midfield on the outside of runners, and produced a sharp turn of foot to run down the leaders, Miss Roseiano (2nd) and English Riviera (3rd).

It was Peter Snowden’s third win in the race, having trained Guelph (2013) and Earthquake (2014) to victory when he ran the Darley operation in Australia, but it was his first win in partnership with his son Paul.

“With two-year-olds it’s about how they cope with work and pressure of racing, and she’s one that just keeps thriving – she’s eating more, she’s getting stronger, she’s loving whatever we do to her,” Peter Snowden said on Racing.com post-race.

“She’s been in work for quite a while, and the (Golden) Slipper is still another four or five weeks away yet.

“I’d never had continuity with her – I was always stopping and starting all the time trying to find the right race for her.”

Snowden was pleased to see his filly win today, as she needed to win to gain a start in the February 26 feature.

Saturday’s victory took the filly to over $230,000 in prizemoney, which is enough to see her run in the Blue Diamond Stakes in a fortnight, before she could potentially go back to Sydney for a Golden Slipper campaign.

The filly is rock-hard fit now, with her co-trainer saying she doesn’t need any more work done before the Blue Diamond.

“She’s there now; it’s a matter of cuddling her,” Snowden said.

“As I said, she’s been in work quite a while – it’s all about keeping her happy, keep her eating well and staying in the shape she’s in now and we’ll be right.”

The market for the Blue Diamond adjusted accordingly, with online bookmakers winding the filly into $6 straight after the post, before adjusting her price to $7.50.