MAZU MAKES IT THREE ON END 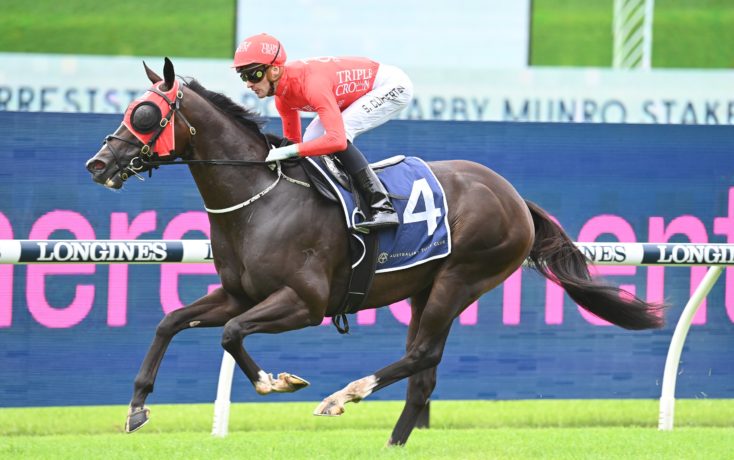 Having resisted the temptation to have a throw at the stumps in the Group 1 Galaxy, small fish have proven sweet for Peter & Paul Snowden as Mazu comfortably maintained his unbeaten record this campaign.

The three-year-old made a one-act affair of Saturday’s Listed Darby Munro Stakes (1200m) at Rosehill to retain his perfect strike rate as a gelding and continue his march towards the Group 2 Arrowfield 3YO Sprint (1200m) at Randwick in three weeks.

The Snowdens nominated Mazu for the Galaxy, held later on the Golden Slipper day program, but a desire not to break up his partnership with jockey Sam Clipperton convinced them to stay on course.

“I didn’t want to take Sam off the horse. He had 50 kilos, he would have had to carry three over for Sam, so it didn’t justify going that way,” Paul Snowden said.

“We’ve just got to keep teaching him and stay in our lane.

“I think it’s important for him to stay on the horse.

“They’re getting along so good, each run is better and better and you can see that in the way he is racing.”

Mazu showed talent as a younger horse but despite closing out his spring campaign with a stakes win, the Snowdens felt he wasn’t realising his full potential as a colt.

The tough call was made to geld him but is it proving a wise move thus far and Paul Snowden believes Mazu’s star is on the rise.

“It’s probably more about next preparation with him and where he can go from this prep,” Snowden said.

“I’ve got no doubt he will get to the top level, it’s just a matter of time.”