MAZU CLAIMS THE GROUP ONE DOOMBEN 10,000 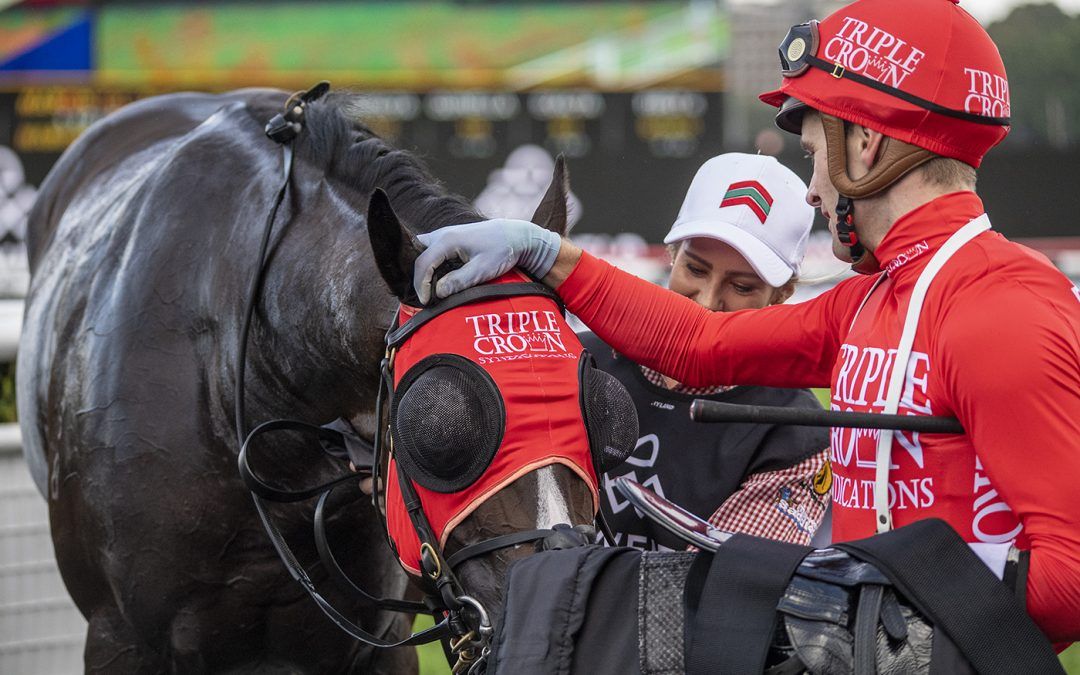 Peter & Paul Snowden’s $15 million The Everest-bound three-year-old Mazu was brilliant in the mud at Eagle Farm on Saturday holding off fellow youngster Paulele in a thrilling battle to claim the 2022 Doomben 10,000.

The Triple Crown-raced son of Maurice extended his winning streak to six straight, rising in grade and taking on the older sprint stars in the Group 1 $1 million Doomben 10,000 (1200m) run this year at Eagle Farm Racecourse.

With the meeting moved from Doomben earlier in the week due to the continued rainfall in Brisbane, the Eagle Farm track was also downgraded to a Heavy (8) after race six.

Undefeated on Heavy going, those conditions suited Mazu on paper and the emerging star won accordingly.

“There was massive speed here and we used him up to get to a spot. They didn’t back up and he didn’t get a chance to travel as well as he usually does in his races.

“All that pressure and he was still so strong in the end and that’s why we’ve got a spot in The Everest.

“It’s been a very good preparation let me tell you. A lot of work that’s gone into him. 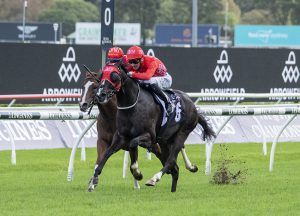 Last seen winning the Group 2 Arrowfield 3YO Sprint (1200m) on a Heavy (10) in Sydney, the now gelded Mazu was given a gun ride by Sam Clipperton settling fourth in his big Group 1 test.

Zoustyle carved over from out wide to lead the Doomben 10,000 field around, swinging in front around the home turn.

He was quickly under pressure at the 300m however with the challengers coming, including the James Cummings-trained Paulele, third last time out to Mazu in the Arrowfield Sprint, who was making up plenty of ground down the outside.

The two gun three-year-olds in the field, Paulele ($11) and Mazu ($3.30F), then battled it out over the final furlong with the latter digging deep and showing true grit to hold on and salute for the punters.

“He actually didn’t (relish the conditions),” Clipperton said after the win.

“We were chasing a hot speed…he really wasn’t sure on the surface. I just tried to pick him up as best I could and get him as far down the straight on the bridle.

“He’s just a star this horse. He knows how to win and we’ve got a great rapport with each other.

“He was always going to pick up, I just had to have faith in the horse. In the end I got to the front too early and had Paulele breaking down my neck. But he’s just a winner.

“You raise the bar and he jumps it and I feel very grateful to be on a horse of his calibre.”

For co-trainer Peter Snowden the result saw him secure a fourth Doomben 10,000 victory following previous success with: Beaded (2011), Epaulette (2013) and subsequent dual The Everest hero Redzel (2017) who he also trained in partnership with his son Paul.