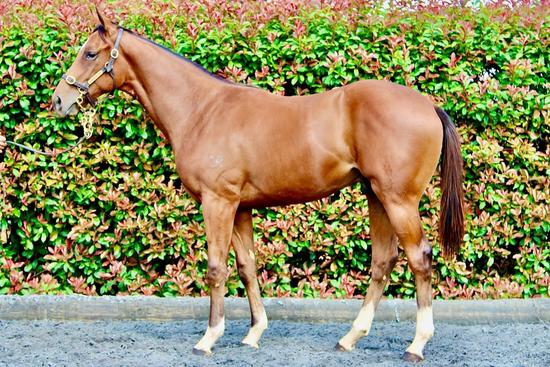 §A standout athlete by the hugely exciting sire of the $14m The Everest winner YES YES YES, and a close relation to the Golden Slipper winner MOSSFUN.

§“An exceptional colt. He’s a well balanced, good moving and athletic style of colt who should go early.” – Michael Ward.

§This colt is by RUBICK, a lightning fast sprinter by Champion Stallion ENCOSTA DE LAGO, who is off to flying start at stud with 8 stakes performers, including Group 2 winning 2YO and The Everest winning 3YO YES YES YES.

§1st foal of a ¾ sister to 2YO stakes winner CAT D’ANTIBES and from the same outstanding family that has produced Group 1 Golden Slipper winner MOSSFUN, Champion Miler ABLE ONE, Group 1 winners REBEL RAIDER, RISING ROMANCE and A LITTLE KISS along with other notable stakes winners such as SHAMOLINE WARRIOR, TARAAYEF and JUNGLE EDGE etc.