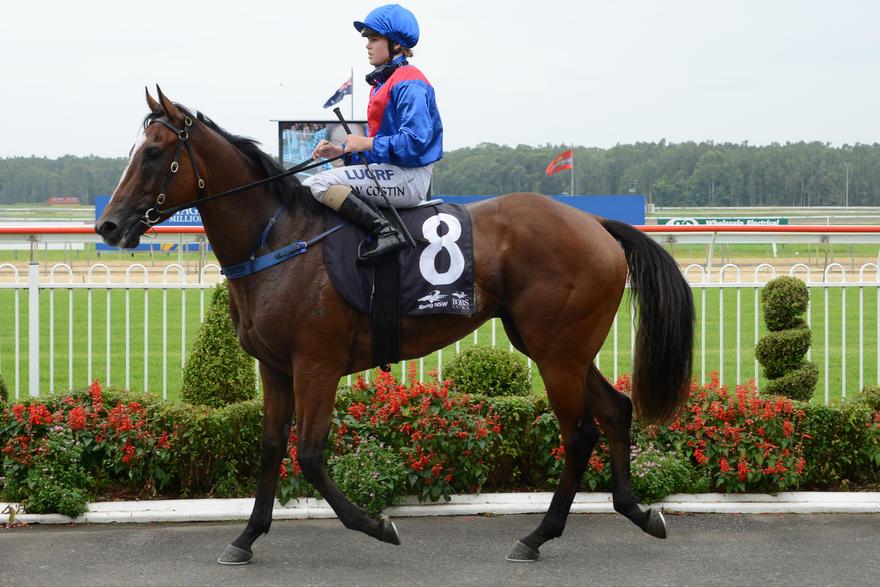 Three-year-old gelding Snitzel Knight, who bears an uncanny resemblance to his prolific sire, broke his maiden status for a dominant 2.3 length win at Wyong on January 24.

Partnered by Winona Costin who continues a fantastic streak of winning form, Snitzel Knight had to bide his time early before unleashing a powerful turn of foot down the home straight beating nearest rival 2GO FM Loves The Central Coast Maiden Handicap (1200m).

First up from a spell since his last start third on a heavy 8 at Kembla Grange on September 26 to stablemate Hand From Above, Snitzel Knight impressed co-trainer Peter Snowden.

“That was an impressive performance and he did what we thought he would do.

“Winona put him into a great position where he was balanced and could build up the necessary momentum to hit the line strongly, so it’s onwards and upwards.”

The son of Snitzel out of Miss Alia, has recorded one win and a third from three starts for owners Kitchwin Hill Stud, Mr Holt, Mr Fallon and Mr Taylor.