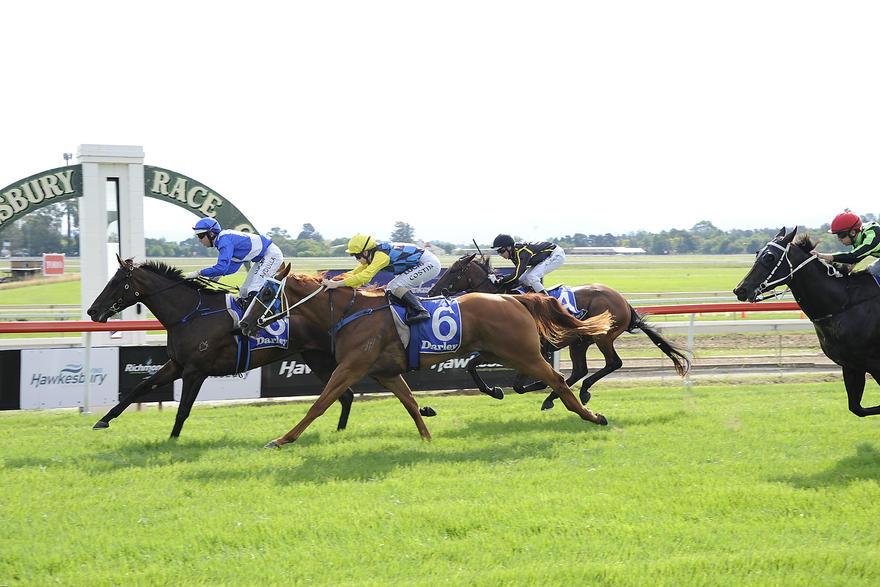 She’s the daughter of John Singleton’s most favoured mare of all time; Tuesday Joy and if looks and pedigree are anything to go by, Daisy’s Joy has a most promising future.

By Street Cry out of multiple Group 1 champion mare Tuesday Joy, Daisy’s Joy needed every bit of the seven furlongs after giving leaders a decent start, but once the talented three-year-old balanced up at the top of the home straight, Avdulla charged up the inside to reel in Grande Castagno by 0.3 of a length.

Co-trainer Paul Snowden had moments of doubt that the filly wouldn't get there in time but was full of praise for the win.

“I gave up on the home turn thinking she wouldn’t get there but once she got going she hit the line well; it was a very good win.

“She’s definitely thrown to her mum. She’s dour but is much stronger this preparation and looks like a good stayer in the making.

“I think she’s capable of winning an Oaks but that’s neither here or there at the moment because we won’t be pushing her.

“It’s up to her to tell us if she’s ready for an Oaks; and if she is, she’ll take herself there.”

Avdulla, who ended up riding a treble at the meeting, believes the Strawberry Hill-homebred is going places.

“The way the race was run didn’t suit her, but luckily enough we got the right result.

“She’s a very nice filly going forward and I’m very thankful to John Singleton and the Snowden’s for the ride.”