Self Esteem Holds Off Daisy 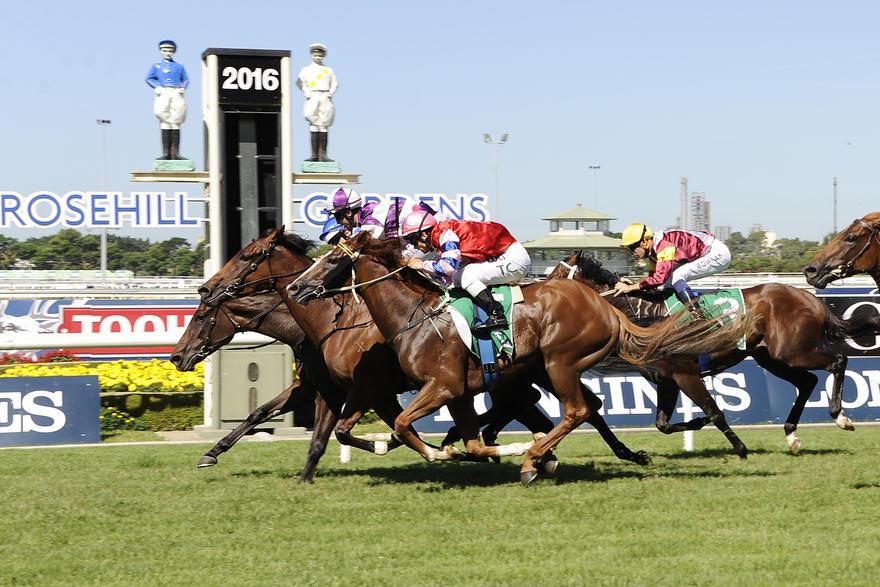 In one of the most thrilling finishes on the Rosehill card, Snowden Racing-trained fillies Self Esteem and Daisy’s Joy completed a quinella in the $40,000 Peter Malone bm73 Handicap (1800m)on February 25, with a nose just separating the two.

After picking up the ride due to fellow apprentice Andrew Atkins forfeiting because of dehydration in what was a hot and humid day, Lester Grace made the most of his opportunity aboard Self Esteem, pushing forward early from barrier 10 to eventually track the leader (Grand Castano) in second position.

The bold decision paid off when the three-year-old daughter of Stratum hit the front at the 250 mark, but she had to dig deep to fend off a fast finishing field led by stablemate Daisy’s Joy – who was considered unlucky in transition, Manhattan Son and race-favourite Multifacets.

Brenton Avdulla opted to ride Daisy’s Joy, the well-bred daughter out of champion stayer Tuesday Joy, cold out the back from gate 12 - at one stage trailing just under 15 lengths off the leader at the 800 metres, however the in-form hoop managed to weave a meticulous path through the field to only just miss by a whisker to Self Esteem.

“Both fillies are going places and there are a few nice opportunities for them coming up, although Daisy’s Joy probably has more upside and is targeted for the ATC Oaks,” said co-trainer Peter Snowden who was in attendance at Rosehill on behalf of the stable.

“Guy Walter used to use these types of mid-week races to build up his stayers so there’s a similar line of thought there to what we want to do but I thought both fillies had a great chance today, and there was nothing in it in the end.

“Self Esteem had to dig deep, which is a great trait for any racehorse and it was a huge effort from Daisy’s Joy considering the run she had and the ground she made up late.