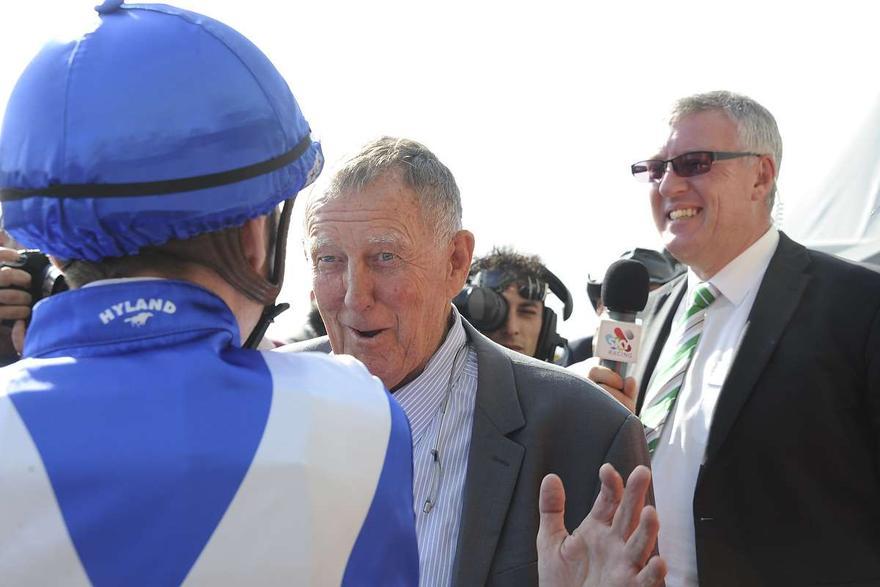 After giving her jockey a thump on the nose when rearing her head as the barriers open, Kerrin McEvoy was left two lengths behind the second last horse and remained stone cold last until the top of the straight.

That’s when he asked the daughter of Absolute Joy (a half-sister to champion Tuesday Joy and Sunday Joy from the famous Joie Denise female line), to create some magic and manovoure her way through the field which ended with a finishing burst up the inside rail that left rivals in their wake.

Co-trainer Paul Snowden who was on hand in the searing heat which topped 39 degrees on track at one point, was full of praise with the effort.

“That was very impressive because I thought we were in trouble when she missed the start and trailed the field like that, but Kerrin did a good job to save ground in between horses.

“She has a bright future and every chance of getting an Oaks trip, so we’ll keep our fingers crossed.”

At just her third race start, Happy Hannah broke through for a maiden victory by two lengths over Rockabella Boy, giving owner John Singleton and his daughter Hannah every reason to be smiling.