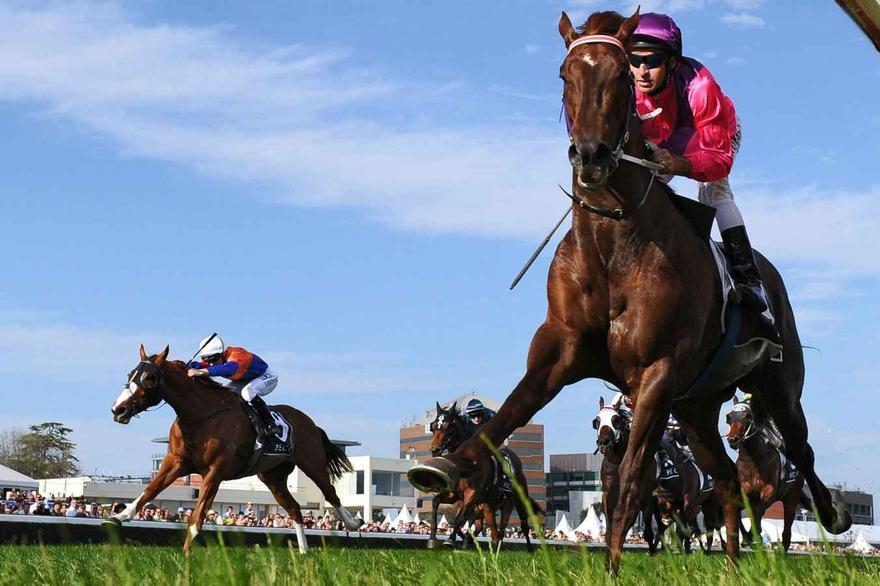 Snowden Racing says goodbye to the handsome son of Written Tycoon, Rich Enuff, who was unfortunately retired this week due to a bleed from the nostrils following his brave run in the Group 3 Liverpool Cup (1300m) at Randwick on February 27.

Rich Enuff, who finished just 0.2 of a length third in the Group 3 Southern Cross Stakes (1200m) on debut in Sydney two weeks ago behind Big Money and Decision Time, lost no admirers, especially from co-trainer Paul Snowden who has great respect for the striking liver chestnut.

“It was an honour to have the blessing of [previous trainer] Ken Keys to train Rich Enuff in the hope we could secure a Group 1 for him, but unfortunately we didn’t get to see the best of the horse up here in this short time.

“In saying that, he had a great attitude, an excellent physique and was a lovely, kind horse to train and I’ve got no doubt that he has all of the attributes to make it as stallion.

“He raced against the best three-year-olds and beat them and he’s a big strong horse, with great turn of foot by a stallion who’s having enormous success.”

A cracking home-bred by Louise and Ken Keys, Rich Enuff ends his racing career with three wins at black type level, highlighted by the Group 2 Danehill Stakes (1200m) at Flemington where he beat subsequent Group 1 winners and current stallions Brazen Beau and Wandjina, two seconds and two thirds from twelve starts with over half a million in the bank.

He now prepares for stud duties for the upcoming season at Victoria’s Woodside Park Stud, to stand alongside his super successful father, Written Tycoon.