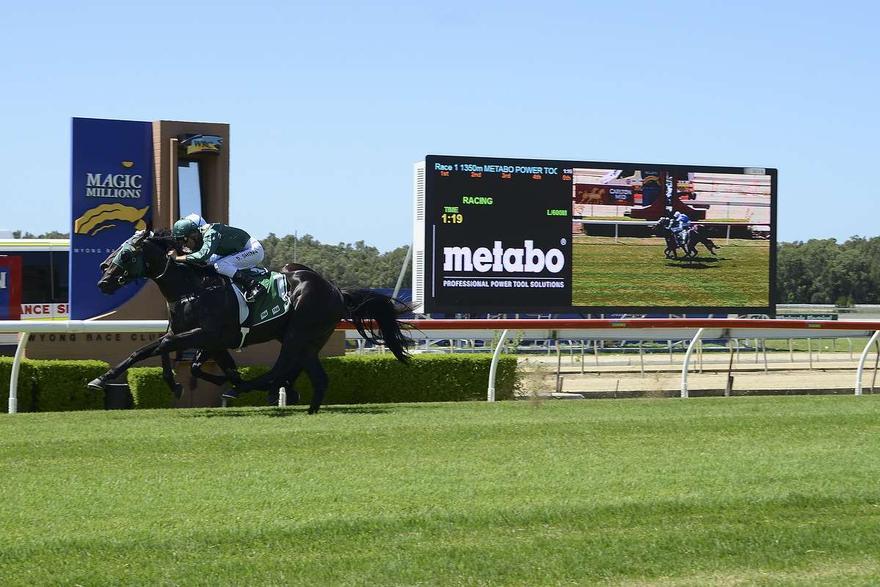 The stunning looking youngster by Snitzel out of Shower of Steel settled fourth in the run out of a five horse field until Blake Shinn allowed his mount to inch closer at the 600 metre mark before cruising up to the leaders three wide on the turn.

The race-favourite then let down into a lovely sprint home to get the better of Chimboraa by 0.1 of a length in the opener on the card.

Prior to his maiden victory, Reinforced had been placed in his two previous starts and was most unlucky in running when narrowly beaten at Newcastle (Beaumont track) on February 18.

“He’s a lovely animal who’s a bit unlucky not to have two wins against his name, but we’re away now and it’s onwards and upwards from here,” said co-trainer Paul Snowden.

Purchased and raced by James Harron Bloodstock and a plethora of successful owners and breeders including the Ingham, Love, Doyle and Bateman families (among others), the Snitzel colt has had three career starts for a win, a second and third placing.