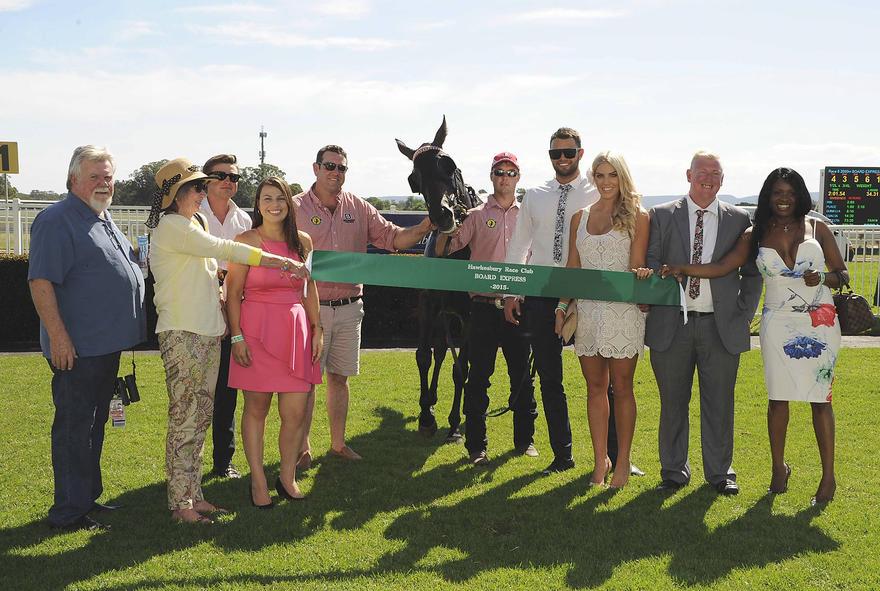 Don Franco opened up the stables account by taking out the Winston Express Haulage 1100m maiden at Hawkesbury on Saturday 5 December with jockey Mitchell Bell giving the three-year-old gelding a superbly timed-run to beat home Deep Conviction and II Dominatore.

Jumping from gate 7, Don Franco got caught wide early but eventually worked his way into the race before flying home at the 200m mark to salute for the Stambe family.

Three hours later the Torryburn Stud-owned Kikongo made it two in a row at the same track and distance in the Board Express Handicap (2000m). The race favourite didn’t let anyone down settling mid-field one off the fence before making a move in the home straight to hold out rivals El Novio and Refaeli who finished as the minor placegetters.

This brings up win number two for the High Chaparral mare who will continue to work her way through the grades.

Representing the stable on the day was Snowden Racing Manager Jackson Biers who was delighted with the double.

“We had a small but good book of chances today at Hawkesbury so while we couldn’t win them all, it was very satisfying to score a winning double and see Don Franco and Kikongo do it for their owners.” said Biers.