Tap In To This 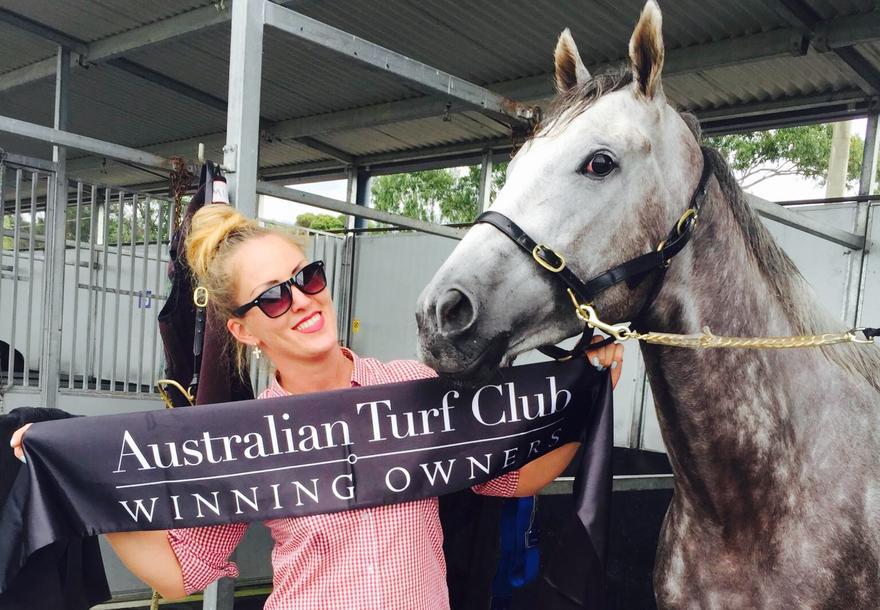 The grey daughter of leading USA Sire Tapit, who commands a whopping US$300,000 fee per cover, came in to the race with one win at the track and distance and raced in a similar pattern to her previous win, that is, settled mid-field in between runners to finish over the top in the dying stages.

Tap This ran down fancied stablemate Maraam and top-weight Deploy in the quick time of 1.09.45.

“She was a bit too good for them today and going forward there is plenty of improvement in her,” said co-trainer Paul Snowden.

“The plan is to send her up north [Queensland] so we’ll work her up to the mile and maybe even a bit beyond.

“I was really impressed with the way she hit the line.”

“We’ve always had an opinion of her but it was about getting some continuity in her preparation because she’s been a stop start type of filly due to problems with her foot,” added Snowden.

Jockey Blake Spriggs who shares a close association with the owner Paul Fudge from Waratah Thoroughbreds, said he was just as impressed and that she’s will hopefully raise the bar in Queensland.

“It really impressive and I think she’s going to be a major player Queensland Carnival time; she come from a long way back and won comfortably in the end.

“I did have a good run through and got on to the back of the right horses but at the 600 they put the pressure on early for me, but to her credit she’s all class,” said Spriggs.