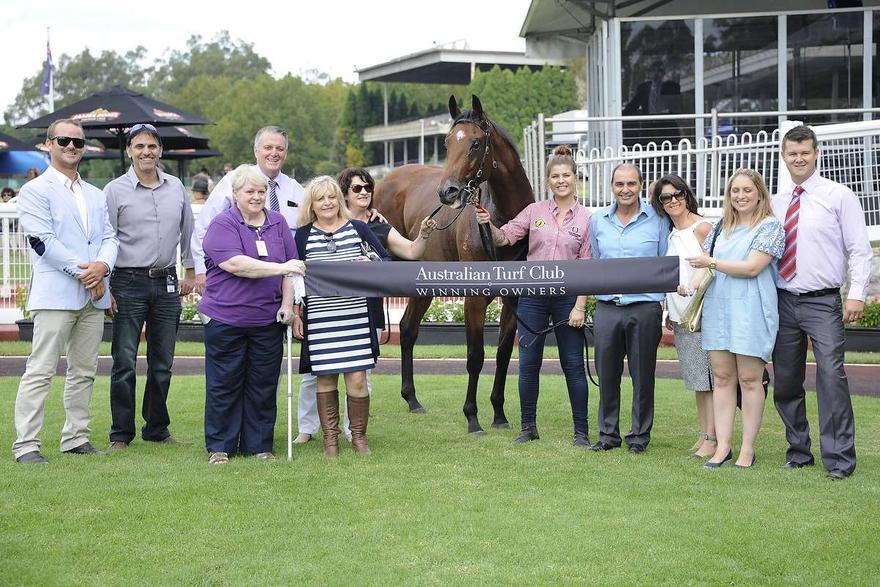 Owned by the Snowden family and their wider group of friends, Suspense sat three wide with cover until leading jockey James McDonald asked the son of Keano to chase down the leaders in the home straight, getting the better of Painte in the concluding 25 metres.

“He's a nice horse who’s shown a good will to win and that will take him a long way,” said co-trainer Peter Snowden who purchased Suspense as a yearling.

“He does flatten out very nicely and keeps finding something which is priceless – you can't train that.

"Once he fully furnishes in another six months, I think he will be an even better horse. I’ve always said the older he gets the better he’ll perform.”

A half-brother to Group 1 sprinter Mental out of Intrigues – both whom Peter once trained, Suspense remains undefeated from four starts and is proving adaptable, winning his maiden at Gosford last August on a track rated a heavy 10, before working his way up the grades through mid-week metropolitan level.

A possible next stop for Suspense is the South Pacific Classic (1400m) for three-year-olds on Day 2 of The Championships at Randwick – April 9.