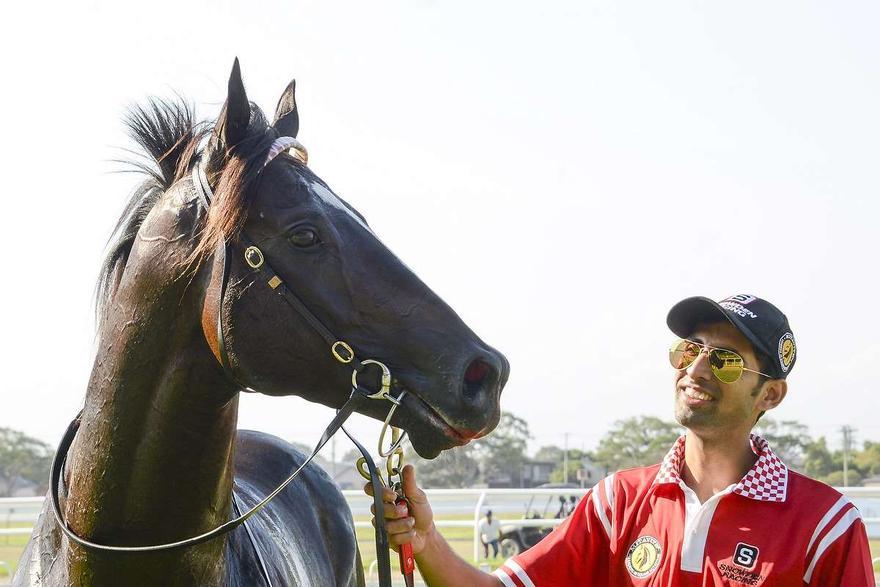 Race horse owners Greg and Donna Kolivos struck winning form again, this time with Deangelo in the opening maiden at Newcastle (Beaumont) then Dark Steel later in the day on March 26.

The burley three-year-old colt however pulled away easily in the concluding stages of the 1150 metre event to record a length and half victory over Silver Art.

The Redoute’s Choice colt out of Wiener tracked wide early to join the leader before dominating the race for a strong half length victory over Nic’s Vendetta.

The victory produced a winning treble for the stable complementing Attention’s dominant victory in the Group 3 Schweppervescence Stakes earlier in the day at Rosehill.