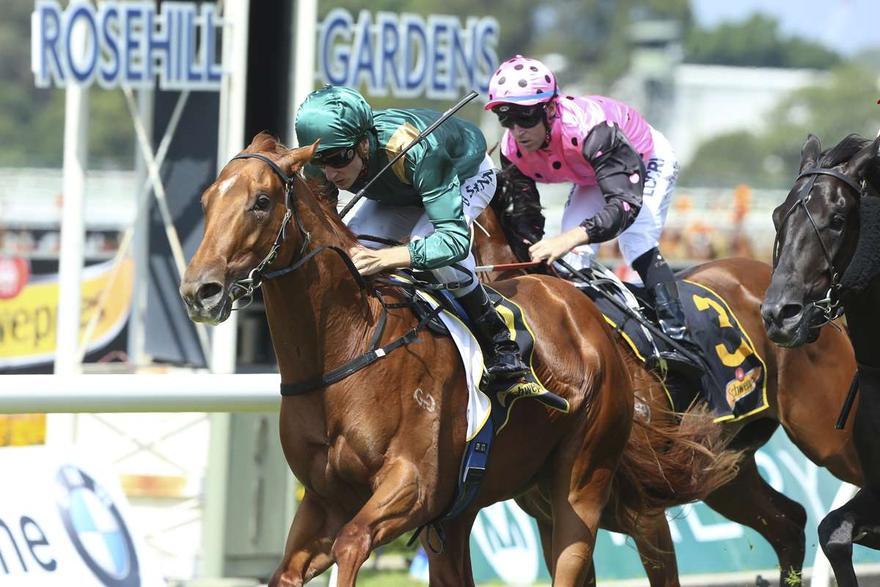 The winning roll continued with Team Snowden, Blake Shinn, James Harron Bloodstock and his group of stallion syndicate owners with the victory of promising colt Attention in the Group 3 ATC Schweppervescence Stakes (1400m) at Rosehill on March 26.

The two-year-old chestnut son of Stratum raced close to the speed this time in behind leader Crafty Cop, until the pair went head to head in the final 300 metres with Attention eventually prevailing by a long neck ahead of fast finishing Prized Icon with Crafty Cop a small margin behind in third.

“He's a tough nut and always keeps giving under pressure – he was never going to get run down.

“He just keeps finding and we haven’t got to the bottom of him yet.”

Blake Shinn, who’s now won the Magic Millions (Capitalist), Black Opal (Detective) and Golden Slipper (Capitalist) for Snowden Racing and the ownership group, is confident Attention can go on with it and win bigger races.

“We had to work hard early, but he settled beautifully and we got a breather mid-race.

“He had to dig deep from the 300 and showed qualities of a nice horse going forward,” explained Shinn, who continues to ride in career best form.

"He has a lot of upside and is very exciting.”

The colt will now back up in the Group 1 ATC Inglis Sires Produce (1400m) at Randwick on Day 1 of The Championships and join stablemate Detective, owned by the same connections, in the million dollar feature for two-year-olds.

By Stratum out of Flamboyant, Attention was a $620,000 Inglis Easter purchase from the draft of Highgrove Stud and is a brother to Group 2 performed Flamboyant Lass.

Stablemate Reinforced, also donning the green and gold colours finished an unlucky ninth in the race however is still on track for the Group 1 Champagne Stakes (1600m) for two-year-olds on April 16.

"He just couldn't get into the race," said jockey Brett Prebble.

"He was a bit new, but he's got distance horse written all over him and I would love to come back and ride him in a longer race.”