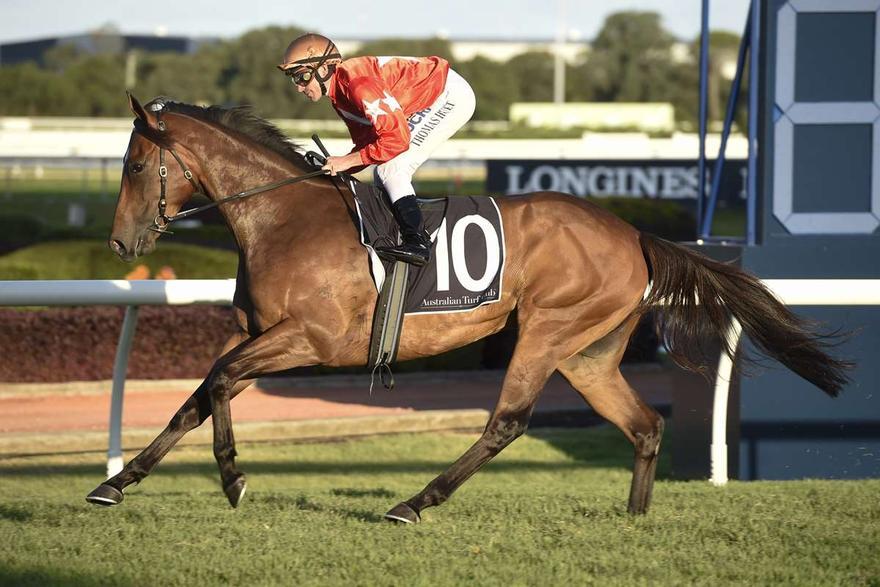 Just when we thought the day couldn’t get any better after Capitalist’s emphatic Golden Slipper victory, it did!

Gun mare Artistry and stable mate Nancy fought it out to the wire in the $125,000 Group 3 Newcastle Newmarket Handicap (1350m), to quinella the last race at Rosehill to bring home a winning treble for the team.

The head victory also brought the flourishing partnership between horse and rider (Thomas Huet) to six wins, with the Neven Botica owned home-bred recording her first stakes victory and third win at the track from four attempts.

Both mares endured different runs throughout with Huet opting to keep his mount out of trouble three wide with cover and full momentum, while Nancy experienced a chequered transit in between horses.

"On the home turn she was only two lengths off the leaders – it was a winning move by Thomas to let her stride up under her own steam.

"He rides her very well and she runs well for him.”

Ironically, both Perth-based owners of each mare flew over from Western Australia for the race, with Botica making an initial trip last Wednesday only to have the races called off last minute at Newcastle – but luckily, that didn’t matter.

"I bred her myself, she is by Shamardal and her mum is in foal to Tavistock which is really exciting," said Botica.

Both Artistry and Nancy will head to either the Hawkesbury, Scone or Brisbane Cup Carnivals.

“I think highly of the two mares and there’s a lot to look forward to because they’re both improving,” added Snowden.

Earlier in the day, three-year-old filly Magic Diamond and apprentice Travis Wolfgram picked up the 1000m maiden event at Kembla Grange in strong style to record a 2.3 length victory ahead of Not A Cherry.