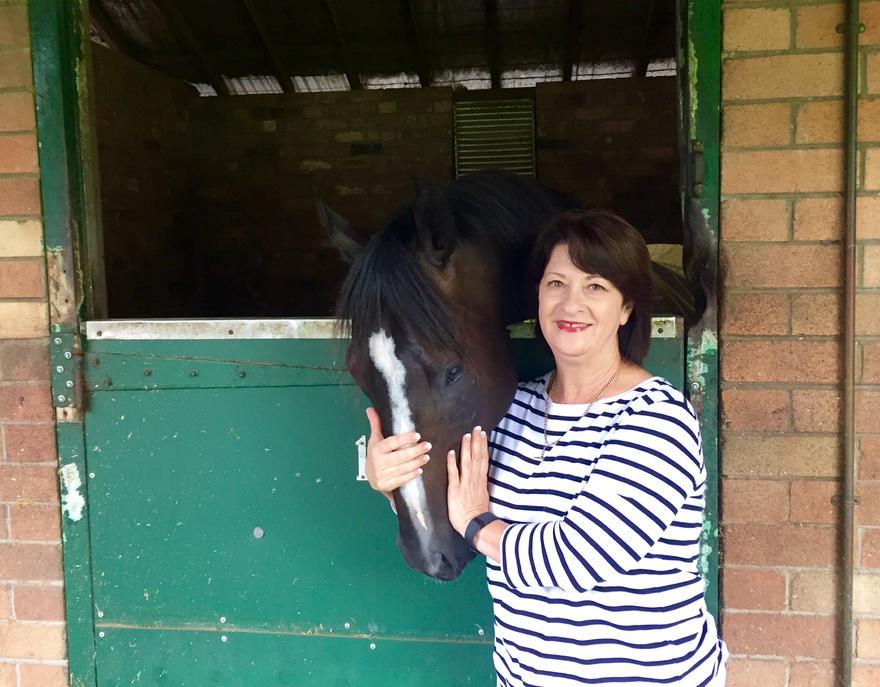 The support team to a racehorse trainer can never be underestimated so we took time out to get to know a key member of Snowden Racing's arsenal; Racing Secretary Maree Purcell.

Maree’s job role is everything from looking after owner accounts and billing, to nominations and acceptances for horses, owner colours, liaising with stewards on gear changes and any other notifications, ordering bulk feeds and bedding and basically knowing the status and whereabouts of each horse…Oh and there’s also being there for Peter and Paul on a daily basis when they need her!

A horse lover by nature, Maree first started her career within the industry as Racing Secretary at Crown Lodge for John Hawkes whilst Peter was Head Foreman and Paul, a Foreman/Track Rider.

Once Peter took over the reins at Crown Lodge in 2007 Maree continued her role and worked directly with him for eight years which is telling of the unique bond and strong working relationship they share.

Maree stayed with Peter when Darley purchased the Woodlands Operation in 2008 for six glorious years before joining him at Snowden Racing.

“All up I have been working with Peter for 12 years and I’ve really enjoyed the relationship that we’ve built over that time.

“He’s obviously a great horseman, and a lovely person to work with,” said Maree, who drives just over an hour from Camden for a 5.30am start and 2.30pm finish at Randwick.

“It’s a high pressure business, so we all have our moments sometimes, but Peter really is a gentleman of the turf and one of the hardest working people I’ve seen and to have Paul co-training is a real blessing.”

Who would play you in a Hollywood movie? Shirley MacLaine (both the young and old version!)

Why work in racing? I love horses and really enjoy the competition and seeing each horse become the best they can.