To Win, It's That Simple 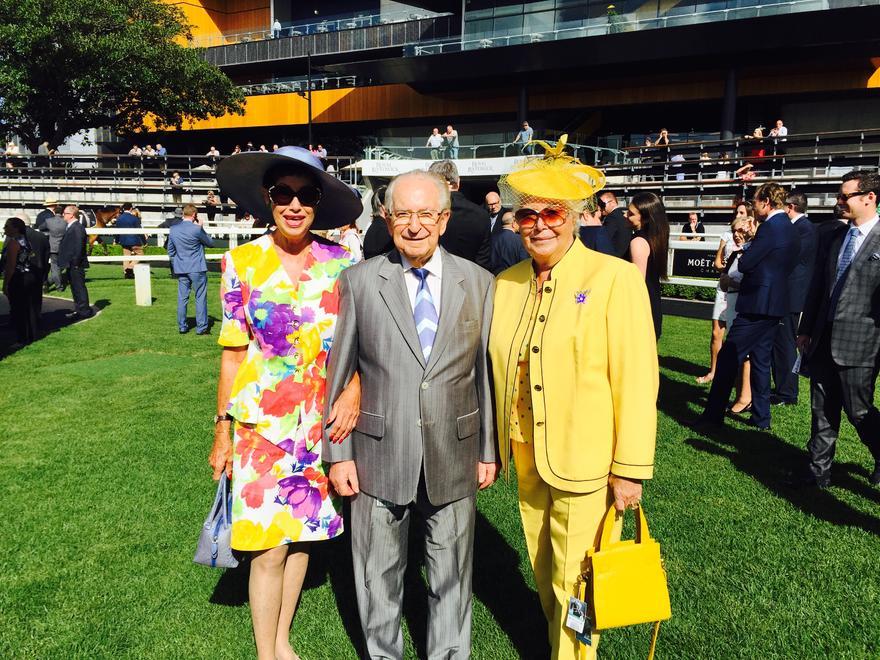 Ever wondered what Racing To Win, Reigning To Win, and Shooting To Win have in common? Aside from the fact that they’re all Group 1 winners, they’re owned by successful racehorse owners and breeders Trevor Stuckey, Trevor’s long-time partner Penny Yan and her sister Susan.

The theme behind the namesake is based on a simple philosophy according to the man who first fell in love with racehorses as a seven-year-old and later went on to become a bookmaker among other successful business ventures.

“We race to win, not to lose, you see - we like to think positive!” explained Stuckey.

And so the candid dream turned in to a reality starting with the gutsy grey Racing To Win who finished his glittering career with over $3.7 million in riches, five Group 1’s featuring a Doncaster and an Epsom, plus four Group 2 victories. It is here I should point out that the now 13-year-old who’s no longer grey but stark white, is blissfully enjoying retirement at Wild Oaks Farm and ridden from time to time by Trevor’s granddaughter Leanne.

Since then, Trevor, Penny and Susan have continued their streak of elite winners with 2006 TJ Smith Stakes home-bred Reigning To Win, and more recently the striking son of Northern Meteor, Shooting To Win – affectionately known as “Shooter”, who won the 2014 Caulfield Guineas, providing Snowden Racing with their first Group 1 while earning an opportunity to stand at Darley Australia in 2015.

“We’ve been incredibly lucky with our Group 1 successes, although we’ve had a lot of horses in between, so when a good one comes along, we really embellish the experience,” said Penny.

“Because Shooting To Win has been so successful with the ladies in Australia, he’s now serving at Kildangan in Ireland so I’m trying to convince Trevor that we take a trip over there to see him.”

In fact all horses owned by the colourful trio receive at least a weekly stable visit with a bag of carrots and a lip stick stained kiss from Susan - and in the case of “Shooter” last time Susan saw him she walked straight up to him in his paddock and planted one right on this nose – incident free - much to the relief of Darley staff no doubt.

“They all get a lippy stick kiss from me every time and believe it or not they do answer to their stable names. They know who we are.” smiled Susan.

“We love our horses and get so much joy out of seeing them race and win.

“They’re like our kids and Peter and Paul are such wonderful trainers – they work extremely hard and our horses are happy.” beamed Penny.