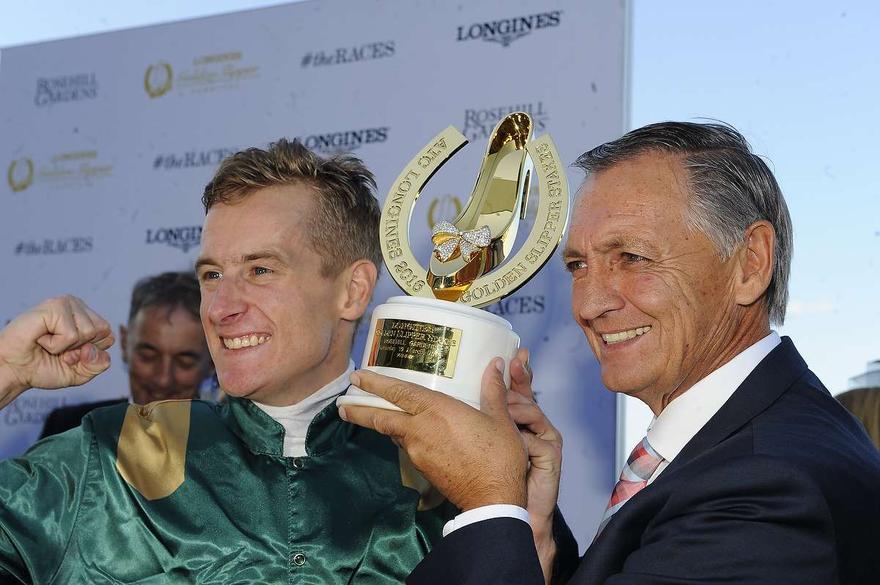 According to Wikipedia, Superstition is the ‘belief in supernaturalcausality—that one event causes another without any natural process linking the two events—such as astrology and certain aspects linked to religion, like omens, witchcraft andprophecies, that contradict natural science’.

So, which camp do you sit in when it comes to raceday superstitions? Are you a believer or non-believer?

In the case of Team Snowden, Peter leads the charge as chief superstition operator.

“I wore the same tie for my two Golden Slipper wins with Sepoy and Capitalist and before you ask, yes, hopefully I’ll be in a position to wear it again next year.

“Capitalist was also placed in stall 60 on the 60th running of the Golden Slipper and drew barrier 2 by the same owner who pulled out barrier 2 for the Magic Millions.”

“I’m not a fan of bringing horses out of their boxes either for photoshoots before a big race.”

Paul Snowden on the other hand doesn’t share the superstitious attitude.

“No I’m not superstitious at all. I laugh at dad.”

“I think you need all the luck you can get in racing, so I’m a believer.

“I stood in the same spot to watch Capitalist where I watched Sepoy gallop to victory in the Slipper, and do have some ‘lucky’ dresses I wear, that is until they become unlucky!”

Others high profile trainers and jockeys who are superstitious: