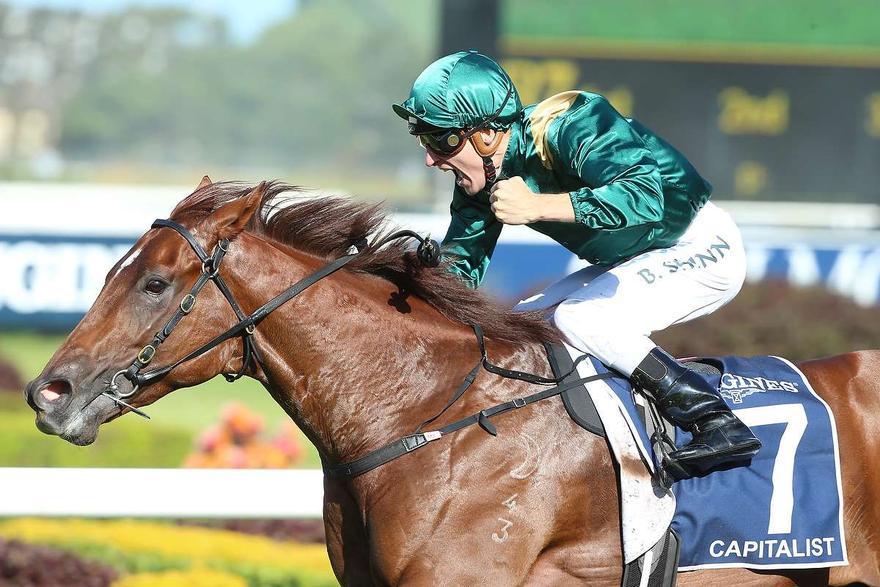 The star juvenile by boom stallion Written Tycoon out of Kitalpha improved his career record to four wins and a second from just five starts for $3,508,700 in prizemoney after saluting from runner up Yankee Rose (half length) and smart Victorian colt Flying Artie in the world’s richest two-year-old race.

Saturday’s Slipper success was the culmination of a sensational campaign which began with a debut win in the prestigious Breeders’ Plate at the stable’s home track at Randwick in October and included victory in the $2 million Magic Millions Classic at the Gold Coast in January.

Peter and Paul Snowden became the second father-and-son team to train a Golden Slipper winner following Team Hawkes’ success with Mossfun in 2014; however the duo worked closely together to achieve the Blue Diamond-Golden Slipper double with champion juvenile Sepoy in 2011 under the banner of Darley.

"To win this with Paul and my family is very special.

"The people who have backed us and our stable have been outstanding and I feel justified in their faith in us and return serving a win like today, well it's a great result,” said Peter Snowden.

In a race where frenetic speed and unpredictability are the only two certainties, jockey Blake Shinn gave his mount the perfect ride from barrier two.

“Blake bounced Capitalist into a gun spot on the rail and once he got on the back of Flying Artie, we were happy to follow him for as long as we could as he was one of the best horses in the race," added Peter.

“Once we hit the home turn I was supremely confident with how the horse was travelling but it was a matter of getting out because the horse was getting there quicker than the gap was appearing, but once he pushed through, he accelerated really quickly and it was game over.

“It was a tremendous feeling and was so good to watch that last 200 metres.”

Paul, who was always bullish about Capitalist’s chances in the Slipper despite a slightly under par performance in the Todman Stakes where the colt over raced to finish second behind Kiss And Makeup following a seven week break, was relieved and excited.

"We thought we had a point to prove and thank God he backed us up because there is nothing better than letting the horse do the talking."

Shinn, who has partnered Capitalist in every start, was just as emotional and elated.

“Words can’t describe it, I’m so emotional. This is the best feeling ever.

"It is one of the greatest races in the world and to be able to win it, I can't thank everyone enough,” said Shinn.

"We never wrote this horse off after his last start defeat. You just have to have the faith and go in confident to every race.

“Full credit to this horse’s ability. He’s backed up from the Magic Millions and come here today.

“I was just saying to him ‘C’mon, just one more performance’ and he did it for me. I am so proud.”

“It’s a great privilege,” said Harron. “I represent a fantastic group of owners who got behind me from day one.

“It’s the race that really shapes the breeding industry in Australia – it’s a dream come true and it means so much. He’s a special colt.

“All credit to Peter Snowden – after his last start [Todman Stakes] he looked me in the eye and said ‘don’t panic’.

“In my opinion, I think he’s the best trainer in the world.”