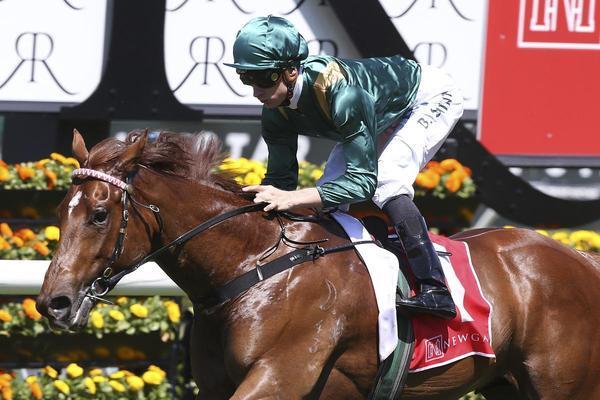 First run in 1957, the $3.5 million Golden Slipper (1200m) – also dubbed the ‘stallion making race’ is the world’s richest two-year-old event but it’s also one of the toughest to win.

While Peter (with the assistance of Paul) trained Sepoy to a Blue Diamond-Golden Slipper double in 2011, Peter admits a lot of luck in running needs to fall your way despite where you draw.

“Our three runners have each drawn okay but for me, it’s more about what happens in the race after they jump because every horse has a chance despite where they draw.

“It’s about how the race is ridden, what tempo is set and of course, you need massive luck in running.

Snowden believes this year’s edition has got an awful lot of speed which could set it up for a backmarker.

“There are at least five horses who will put speed into the race so I won’t be surprised if they run quick time and if it suits the backmarkers - in saying that anything can happen in a Slipper and you need luck.”

The Magic Millions 2YO Gold Coast Classic (1200m) winner, who finished runner up in the Todman Stakes in his first start in seven weeks, heads to the Slipper in fine fettle after an initial scare.

“Capitalist pulled up a little bit sore in the back straight after the Todman but has worked terrific ever since and the ATC vet has given him the tick of approval.

“Even though he ran second I wasn’t disappointed with his effort in that race. They ran quick time (1:09) and he was going to beat the winner at the furlong until his condition told.

“We’re looking forward to getting to the Slipper.”

Owned by the same connections as Capitalist, Defcon most recently won the Group 3 Black Opal (1200m) in dominant fashion following two impressive runs in the Silver Slipper and Canonbury.

“He really put the writing on the wall in Canberra and he’s a very nice horse that’s improving with every start.

“There are good signs about where he’s heading and barrier 14 will provide a few options.

The daughter of Northern Meteor has always impressed at home and shapes up as one of the better ‘roughies’ in the race for owner Sheikh Mohammed Bin Khalifa Al Maktoum.

“The inside barrier probably won’t help too much but she is a very nice filly who’s got a tremendous attitude so follow her.

“She’s one of the outsiders in the field but she’s extremely genuine, and won her maiden before Christmas before a luckless run in the Blue Diamond Prelude.”