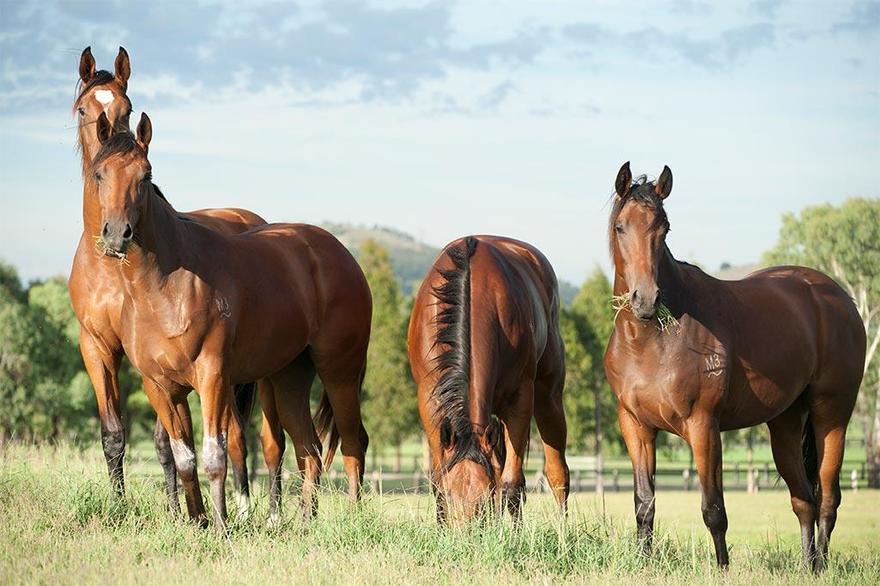 The daughter of Redoute’s Choice was ridden back by Kerrin McEvoy in the hope they would obtain clear running towards the later stages, however it was touch and go for a while there until McEvoy forced his way out of a pocket just after the 300 metre mark.

It was here that Ravi let rip and kicked clear for a dominant 1.3 length victory ahead of Bells Of War.

"She showed a big heart and carried a lot of dead weight today as Kerrin is a lightweight jockey," explained co-trainer Paul Snowden.

"We left it [the saddle] off as long as we could because it’s a very hot day but she’s done a super job to finish right over the top of them.”

McEvoy was pleased to turn the tables after being exposed early to just miss in her previous run at Hawkesbury.

“We wanted to get a trail but were mindful that it could have been a messy race tempo - which it was - but I was able to put her into the clear and she put them away quite quickly.

“It was a good win and she’ll stay further than that [1300 metres] so there are options for her in trying to sneak in a little bit of black type.”

Snowden indicated the Group 3 Kari JHB Carr Stakes (1400m) at Royal Randwick on April 16 could be on the agenda.

"It was 1300 metres today and I was really impressed with the way she hit the line, so we’ll probably extend to the 1400 in black type company across the carnival then pull up stumps.”

Ravi brought home a winning treble at Warwick Farm for Snowden Racing following in the footsteps of Brigadoon Rise and Happy Hannah earlier in the day.